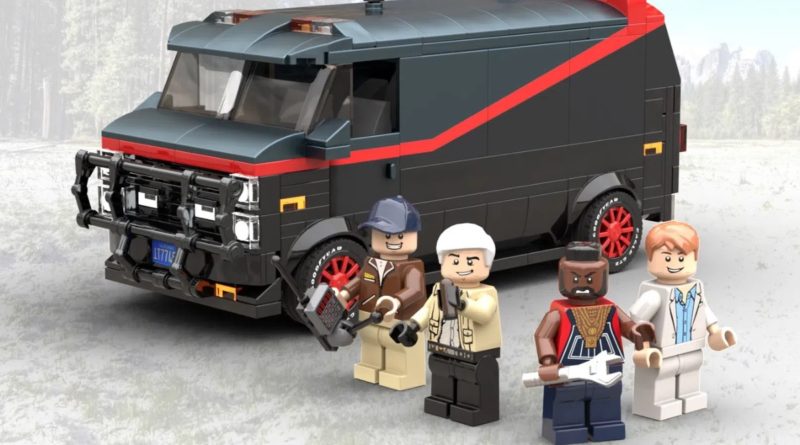 A LEGO Ideas project based on the A-Team has reached the second 2021 review, and could become the next retro licence tackled by the crowdsourced theme.

The A-Team: Van and Crew is Henk van der Linde’s second Ideas project to hit 10,000 votes in this review period, following another nostalgia-fuelled build in Knight Rider: KITT and the FLAG Mobile Command Unit. In fact, Henk says he was originally inspired to put together his van while designing KITT, slipping into an ‘80s wormhole that presumably also involved listening to a-ha and playing Tetris.

There have been plenty of A-Team submissions to LEGO Ideas over the years, but Henk’s looks the most polished of the lot – which explains why it’s the first to finally crack the magic 10K mark. The eight-stud-wide van comes in at 470 pieces, includes the entire A-Team – BA Baracus, Hannibal, Face and Howling Mad Murdock – and took just under two months to reach its goal.

The A-Team has already popped up once before in LEGO Dimensions, so licensing presumably won’t be an obstacle for the LEGO Ideas team: the only real hurdles might be deciding whether it can find an audience for a full set, and the solution it can find for the van’s distinctive red stripe. Aligning stickers across all those pieces doesn’t look like fun.

Either way, it’s now in the hands of the LEGO Ideas review board, which has another set of tough choices on its hands in the second 2021 review. There are only a few days left in this review period – the next one kicks off on September 6 – so it’s probably not going to surpass the first 2021 review’s record 57 projects, but 33 is still a hefty number to sift through. Here’s the full list: