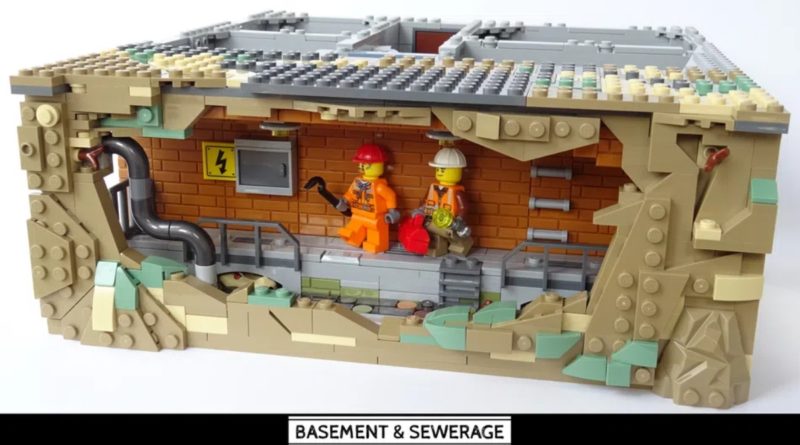 Modular building creators will be happy to see this LEGO Ideas project reach 10,000 supporters, opening up the possibility for MOC LEGO city expansions in the future.

This is the first design of MOCingbird to reach the 10,000 supporter milestone, but you can certainly see the influence of their past builds on Basement & Storage. The LEGO builder has a theme of basements and sewers running through many of their creations, coming to fruition in this successful entry.

Basement & Storage works as a standalone set, showing a workman carrying out some subterranean tasks in an enclosed basement. However, it can also be attached to any 32×32 Modular Building (excluding 10255 Assembly Square) or two 16×32 baseplates. The build features eight rooms in total, five being fully-formed and three being secret, smaller spaces, including a safe room, a trophy cabinet, and a floor stash.

Basement &Storage joins 24 other projects passing this all-important milestone, making this the 25th project in the current LEGO Ideas review. Here’s the full list of every project that might be the next official set: