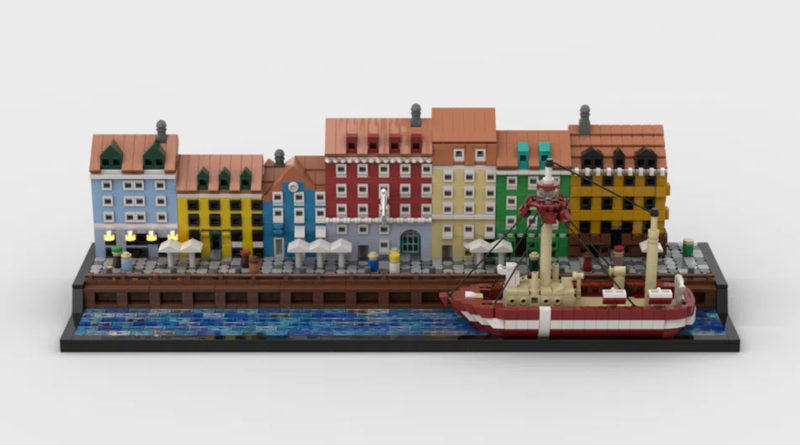 Another LEGO Ideas project has worked its way up to the coveted 10,000 supporters milestone, making it eligible for a future set of a peaceful Danish canal.

MathiasJulin is the latest member of the 10K club on LEGO Ideas as their first project has now passed into the next round of the review stage. Nyhavn – Copenhagen, Denmark depicts the titular district of the city, with a row of colourful townhouses portrayed in microscale next to an idyllic canal.

The ship that features in the canal itself is specifically the 100-year-old lightvessel Gedser Rev owned by the National Museum of Denmark and currently located outside of the city, but still an iconic part of it according to the project creator.

The builder has already seen some attention from various areas of the LEGO Group as the MathiasJulin has won a LEGO MASTERS Denmark fan contest for their skills and has already been contacted for the first two seasons of the show, as explained in one of the project’s updates.

This marks the 24th project in the current LEGO Ideas review, here’s the full list of every project that might be the next official set: