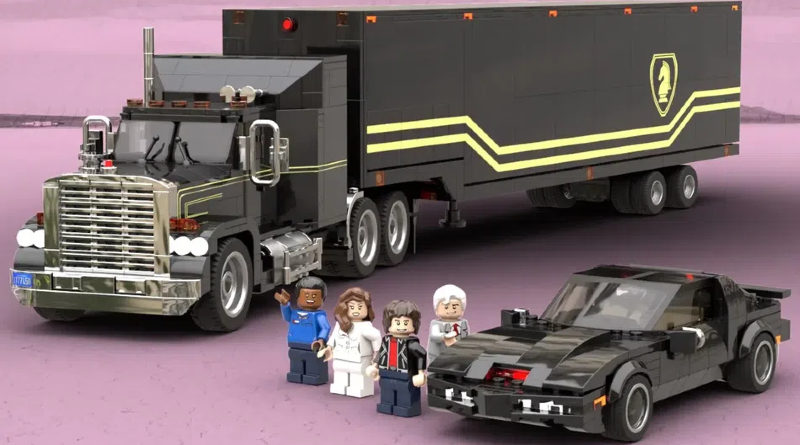 The worlds of LEGO Ideas and Knight Rider might cross over if the latest project to reach 10K supporters on the platform has anything to say about it.

Knight Rider: KITT and the FLAG Mobile Command Unit by HenkvdL05 is the newest LEGO Ideas submission to pass into the review stage, with a selection of 1980s models suggesting another classic franchise that isn’t new territory for the LEGO Group.

The project depicts the titular mobile command centre for the Knight Rider team as well as the iconic car and cast of characters. Whilst most of these are new ground for the LEGO designers to cover, a Michael Knight minifigure already exists thanks to LEGO Dimensions.

The models have been designed to fit into the new LEGO Speed Champions scale, making them compatible in case you decide to give Kitt a modern makeover. The project was initially submitted to LEGO Ideas just over a month ago on June 23, suggesting that there may be demand for another Knight Rider set.

This is the 22nd project in the most recent round of the LEGO Ideas review, and we’ve got a full list of every project for you to look through below: