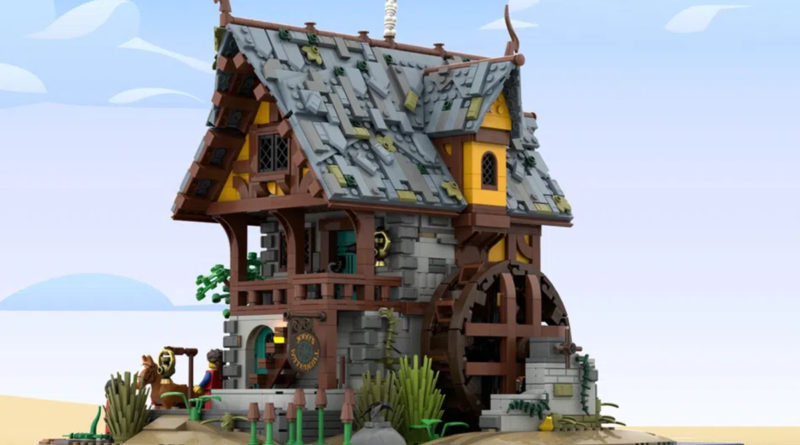 The recent rush of projects reaching 10K supports at LEGO Ideas continue as a companion build to 21325 Medieval Blacksmith is the next proposed set from the platform.

LEGO Ideas has been especially busy as of late as another submission has now reached the required support to be considered as the next official model in the fan-designed theme. Rather than approach a new era though, the latest project could be the perfect pairing for an existing Ideas set.

John’s Medieval Watermill is inspired by the same era that 21325 Medieval Blacksmith was, journeying back to the middle ages for a waterfront build that seems to be showing its age. The roof is decrepit and vines grow throughout the walls of the building, not that the owner seems to mind.

Mind the Brick is the creator behind this project and a new member of the 10K club with this being their first to pass into a LEGO Ideas review stage. In the image showcasing the proposed minifigures, a return for the Crusaders and Wolfpack is suggested similar to how 21325 Medieval Blacksmith brought back the Black Falcons.

This is the full, comprehensive list of every project currently sitting in the LEGO Ideas review awaiting judgement: