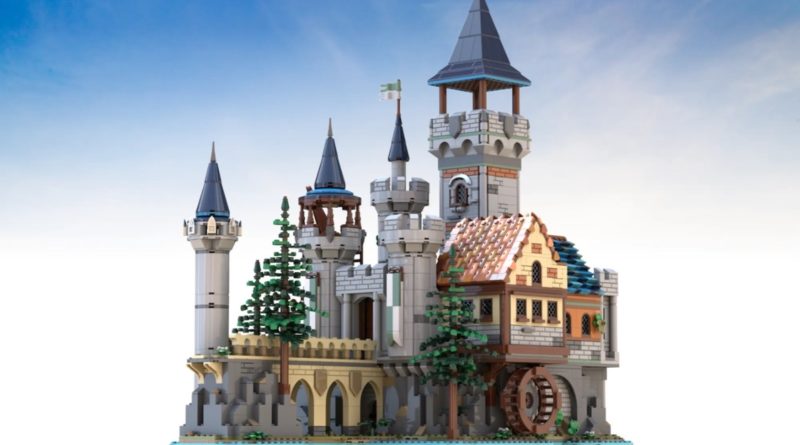 The call for a full return of LEGO Castle is now absolutely deafening, as yet another medieval model has racked up enough support to reach the review stage on LEGO Ideas.

The Medieval Fortress is by no means the first project of its kind to crack the magic 10K over the past year – and nor is it creator LEt.sGO’s first period pitch to achieve support in the second 2021 review, joining their Medieval Tavern in contention for a future LEGO set.

This particular project takes an unusual approach to LEGO castles, however, offering an open-backed structure with removable, modular building-esque roofs and floors. Inside, you’ll find an armoury, two shops and a basement, complementing the three-storey-high keep, ramparts and turrets that act as the hallmarks of any good castle.

LEGO Ideas typically looks to brand new material when green-lighting sets, so it’s difficult to imagine The Medieval Fortress getting the nod so soon after 21325 Medieval Blacksmith (review) and 31120 Medieval Castle (review) have hit shelves. If nothing else, though, LEt.sGO’s project is at least further proof of the groundswell of support for the proper return of LEGO Castle.

This is the 31st project in the current LEGO Ideas review, which will close for submissions (to be replaced by the third 2021 review) in early September. Here’s the full list so far: