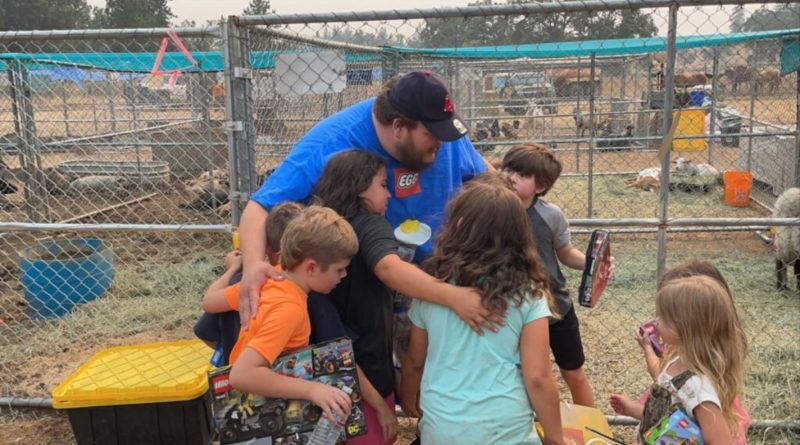 A LEGO influencer has donated sets to children from El Dorado County who have lost their possessions due to the Caldor Fires in California.

Morgen Earle, a local resident and popular LEGO TikToker with 620,000 followers, and his wife spent $2,000 on LEGO models to gift to children who had lost their homes and belongings as wildfires spread across the county. Earle has earned himself the nickname ‘Caldor Santa’ for his efforts.

According to Mountain Democrat, the children had already been evacuated to churches and other safe locations, as had Earle. Earle’s father is the Pioneer Fire District Deputy Chief, so he knew firsthand how bad the devastation of the wildfires was.

“We were kind of joking last night because we’re fighting the fire on two fronts,” Morgen told Mountain Democrat. “He’s fighting it physically and I’m fighting it mentally and emotionally.”

The Earles received $1,000 in donations from the community to help fund the first run, and have since received $800 more to go towards a second round of donations.

So far, the wildfires have displaced thousands of residents and firefighters are still battling to stop the flames from reaching Lake Tahoe. Strong winds are pushing the fires across highways, making it even harder for evacuated locals to escape.

Known as the Caldor fire, it first started on August 14 and has destroyed 277 square miles and 650 structures so far, with 20,000 more still under threat. Three emergency workers and two civilians have been injured in the blaze.