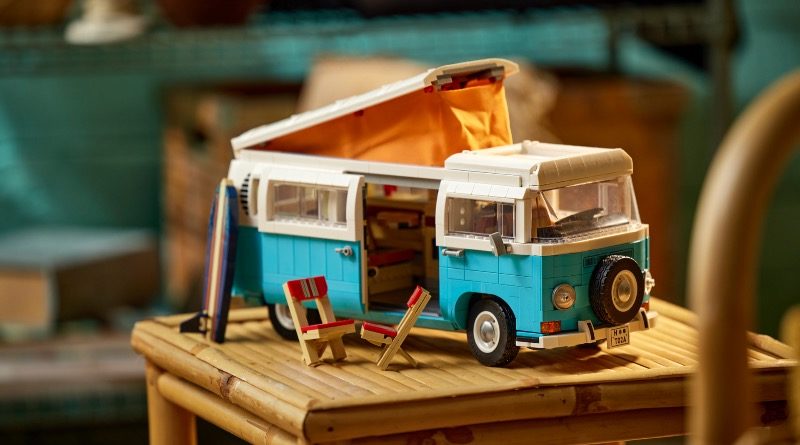 Look out for a LEGO liveblog from Brick Fanatics later this week to discuss the newly-revealed 10279 Volkswagen T2 Camper Van, the BrickLink Designer Program, and whatever else happens to crop up.

There’s really no such thing as a quiet week in LEGO these days – you only need to subscribe to our newsletter on the side or bottom of this page for the proof – so we’ll have plenty to chat about in this week’s liveblog. For instance: the LEGO Group has just announced its latest LEGO for Adults set in 10279 Volkswagen T2 Camper Van. We’ll be discussing the merits of the set and its bizarre fragility.

We’ll also be talking all things BrickLink Designer Program, as the dust has now settled on the first crowdfunding round, and we’re keenly awaiting the second round of that first round ahead of the delayed second and third rounds. (Do try to keep up.) Will you be picking up any of the second batch of first-round sets? Are you still miffed you missed out on 910001 The Castle in the Forest? Tell us!

It’s double VIP points at LEGO.com this week, so we want to know what you’ve been splashing the cash on. Has 71741 NINJAGO City Gardens taken your eye? Is 76178 Daily Bugle high on your wish list? Are we just listing all the sets we’ll buy when we have the time, space and money? Maybe, maybe not. You’ll have to tune in on Thursday to find out.

Anything else that happens to pop up in the world of LEGO is also fair game to chat about, so head back to Brick Fanatics at 12pm UK time on Thursday, July 15 to join in the fun. We can blog about LEGO all day long, but we want you to get involved, too.