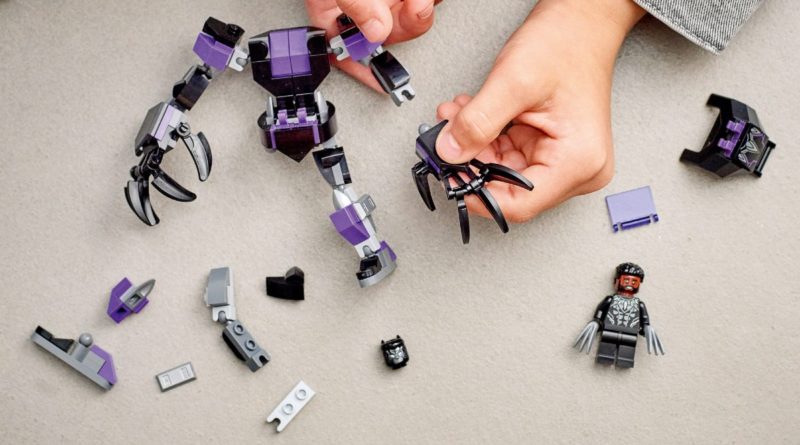 LEGO Marvel 76204 Black Panther Mech Armor features a new minifigure for the superhero with an alternate head that originates from an existing minifigure, but not any previous iteration of T’Challa. Instead, the head design was also used for Karamo Brown in 10291 Queer Eye – The Fab 5 Loft (review).

With the head first being used to represent a real person, Karamo might have reason to feel honoured with his previously exclusive design now used for the iconic superhero. The face depicts a smile with a full beard and raised eyelids for a unique, pleased expression.

Notably, an unmasked head for T’Challa already existed which could have been used instead of Karamo’s face. That part featured in 71031 Marvel Studios alongside an array of detailed designs in 12 minifigures. You can read our full review of that series to see more.

It could be that the LEGO Group chose not to reuse this head due to it depicting an alternate reality version of T’Challa with a beard that cuts off beneath the nose. The availability of this head in a Collectible Minifigures series may have also limited accessibility considering the exclusive nature of the designs in 71031 Marvel Studios.

Whatever the reason, LEGO Marvel 76204 Black Panther Mech Armor will be available on January 1, 2022, with two other mechs for Iron Man and Wolverine. A larger figure of Iron Man will also launch the same day.