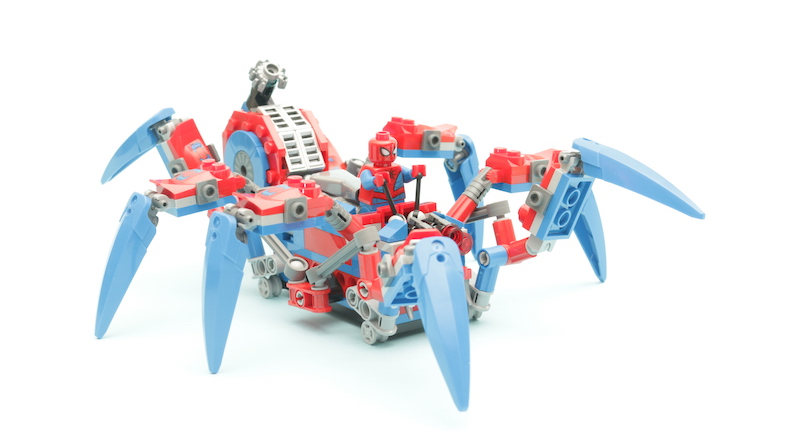 76114 Spider-Man’s Spider Crawler is a set that doesn’t take itself too seriously, and is all the better for it

76114 Spider-Man’s Spider Crawler is a set name that is pretty self-explanatory, both for what you get in the box, and for the fact this is a LEGO set that embraces the silly side to Spider-Man. 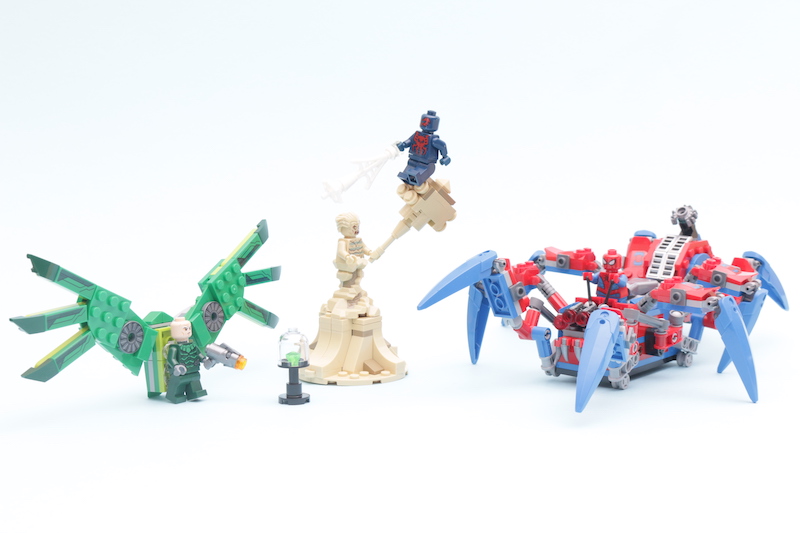 The titular vehicle is a mechanised, gigantic spider that our eponymous hero can sit on and control. Underneath is an in-built rubber Technic wheel that when the set is rolled along, turns a semi-complex system of axles, arms and beams to move the respective front and back pair of legs (in opposite directions, so one front and diagonally opposite back leg raises as the other front and back legs drop, and vice-versa).

With connecting beams between these four limbs simultaneously lifting and dropping the otherwise stationary central four legs as the whole mechanism is activated, the effect is of a spider walking along, with all eight legs in motion. That this comes from just the one wheel inside turning is an achievement in the build, and it turns what could be easily dismissed as a gimmick into a genuinely fun, albeit junior, play feature. Not for arachnophobics, for sure.

Alongside the redesigned Spider-Man minifigure with dual-moulded legs is another version of Vulture with another nice pair of brick-built wings, a first appearance for Spider-Man 2099, plus a first ever all-sand Sandman, complete with a swirling moulded piece in place of his legs. Combining this with the buildable base makes for a decent-sized opponent to Spidey.

Four minifigures for whom three are exclusive and the other redesigned for this latest range makes for a more than credible selection. Combine this with the smaller builds for the two villains and the Spider-Mech itself and there’s not a lot to discredit about 76114 Spider-Man’s Spider Crawler. It is a set that knows its place within the LEGO Group’s need, like all toy manufacturers that hold the Spider-Man licence, to create vehicles for a hero that does not need or use them, and it makes the most of what it can be in spite of this – fun, cleverly constructed and not too serious. Built for play, not display.

76114 Spider-Man’s Spider Crawler is available now at shop.lego.com. You can help support Brick Fanatics’ work by using our affiliate links.