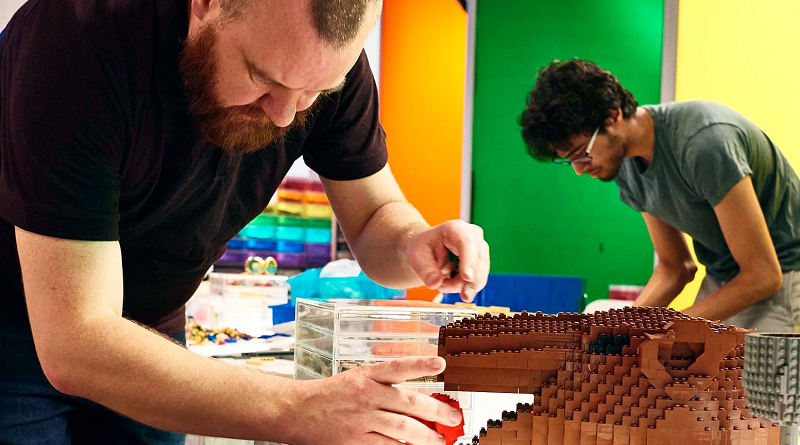 LEGO MASTERS will air on Nine in Australia when it launches next year, hosted by Hamish Blake.

Earlier this year it was announced that LEGO MASTERS, the series that launched in the UK year last year, had been licensed for Australian and German versions. Now, the Nine Network has announced the Australian series for 2019, hosted by comedian Hamish Blake.

“Mind-blowing, brick-building brilliance will be on display, delivering family entertainment loaded with fun, action, drama and humour,” B and T reports.

The series was introduced in the UK on Channel 4 in 2017, with eight pairs of builders competing to be crowned LEGO MASTERS. Each week, the teams were asked to complete planned and unplanned build challenges, which were judged by Vice President of Design at the LEGO Group, Matthew Ashton, with help from guest judges.

Endemol Shine has the right to distribute the series around the world. “LEGO is a globally renowned and much-loved phenomenon that appeals to people of all ages and LEGO Masters most definitely has the same pull,” Lisa Perrin, Endemol Shine Group’s CEO of creative networks said. “It’s a hugely fun and family-friendly format and we expect it to engage Australian and German viewers and other markets in the way in which it has done in the UK.”

LEGO MASTERS Series 2 is expected to launch soon in the UK, with Channel 4 airing the building based series.

The full LEGO range is available now at shop.LEGO.com.