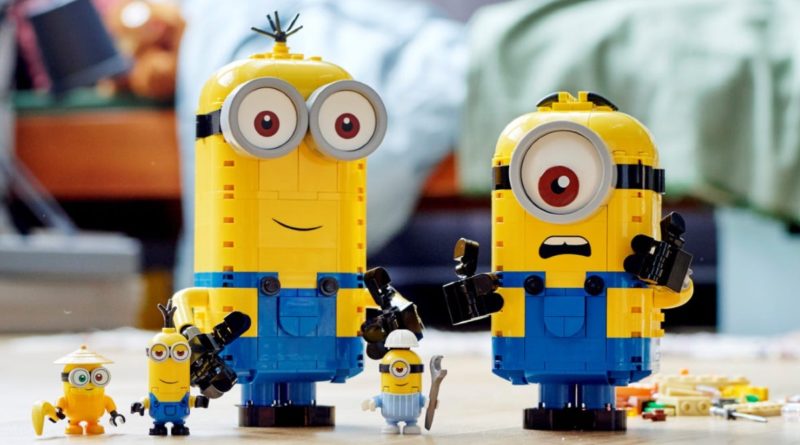 When the Minions LEGO sets first launched in 2021, they were intended to accompany a film that will finally release in just a few more days.

Following a two-year delay for Minions: The Rise of Gru and even some for the corresponding LEGO models, originally planned to launch in 2020, the remaining sets will soon be relevant as the film finally releases on July 1.

It’s safe to say that these delays are understandable considering the worldwide effect that the Coronavirus Pandemic has had on various industries, though as regions continue to recover, so too does the film industry with Universal Pictures now confident enough to release Minions: The Rise of Gru.

At the time of writing, six LEGO Minions sets, two keyrings and a polybag are all available for purchase on the official online store, including 75546 Minions in Gru’s Lab, 75547 Minion Pilot in Training, 75550 Minions Kung Fu Battle and 75551 Brick-built Minions and their Lair as well as 40420 Gru, Stuart and Otto and 40421 Belle Bottom, Kevin and Bob.

However, not every LEGO Minions model managed to make it to the release of Minions: The Rise of Gru. Unfortunately, the scheduled retirement of 75549 Unstoppable Bike Chase came at the end of 2021, six months before the film would eventually release.

While we remember those that we lost along the way, LEGO Minions has seen a few more projects launch during the delay including an animated special and an in-game event.

This Friday, July 1, 2022, you can finally catch Minions: The Rise of Gru in cinemas to know the context behind the corresponding LEGO sets, but note that they’ll be retiring by the end of this year according to our latest monthly update.