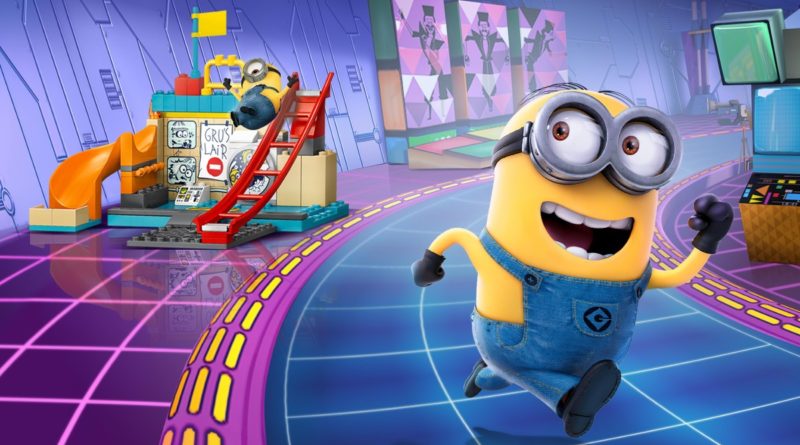 The LEGO Group is teaming up with Gameloft for a limited time Minions-themed event that might be the closest we ever come to an official LEGO Minions game.

Minions Rush has now received a new festival event that brings the world of LEGO into the app in the first brick-based crossover for the games. Players will be able to race their favoured Minions through brick-themed levels to collect pieces and win prizes and gifts.

This event will focus on a new storyline that seems to include at least one of the new LEGO sets – 75546 Minions in Gru’s Lab. Despite minifgures existing for the characters, it appears that they will not appear in the app, and regular versions of the characters will instead interact with the set.

“We’re thrilled to team up with the LEGO Group to host a fantastic and delightful crossover event in Minion Rush,” said Jean-Baptiste Godinot, Global Sales Director at Gameloft for brands. “This event illustrates how games can unlock creative opportunities for fan engagement in fun and innovative ways.”

“We are always looking for new ways to help our fans experience the joy and creativity of LEGO play,” commented Sean McEvoy, Head of LEGO Games. “We’re excited to extend the LEGO Minions play experience into the exciting world of Minion Rush, and we hope the crossover event inspires our fans to embark on many more adventures with Bob, Stuart and Kevin in tow.”

The LEGO Minions Rush event is available now on the free up and will last until August 24. The corresponding sets are all available now after some lengthy delays, including a range of BrickHeadz themed to the sequel movie.