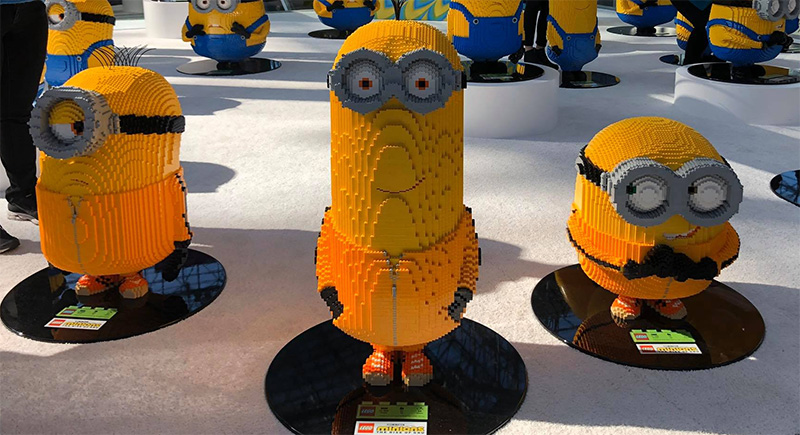 A whole gang of LEGO built Minions have appeared at New York Toy Fair to promote the upcoming release of Minions: The Rise of Gru.

The LEGO Group is exhibiting at New York Toy Fair 2020 and has revealed the upcoming range of products based on Minions: The Rise of Gru at the event. To celebrate the partnership between Universal and the LEGO Group, 22 brick-built LEGO Minions have appeared on the show floor at the Crystal Palace Mezzanine.

Using thousands of bricks, the LEGO model experts have captured the personalities of the various Minions. In this year’s new film in the franchise, the story will reveal how the Minions helped a young Gru to become the character audiences meet in Despicable Me.

The photograph below has been shared by Matt from Fantha Tracks.

Five LEGO Minions: The Rise of Gru sets have been announced and will arrive on April 27. New York Toy Fair has also provided a peek inside 75551 Brick-Built Minions and Their Lair.