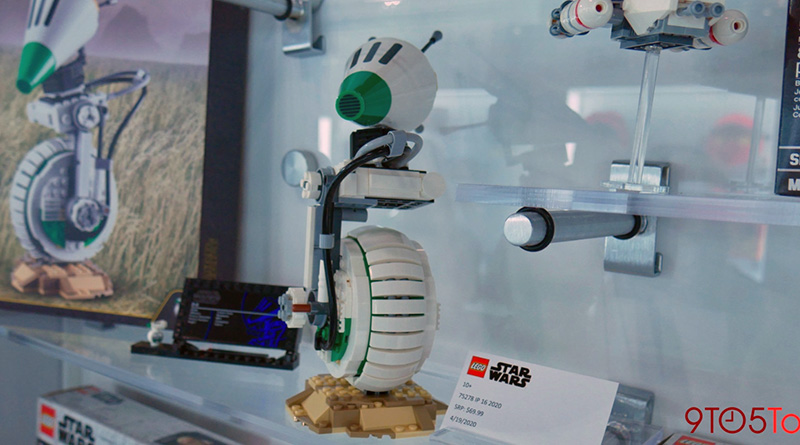 Later this year, fans will be able to own the new droid from Star Wars: the Rise of Skywalker, with the long-rumoured LEGO 75278 D-0 now officially revealed at New York Toy Fair.

9 to 5 Toys is at the event and has shared images from the LEGO booth. The new LEGO Star Wars set will use 519 pieces and be priced at $69.99 when it is released on April 19.

In Star Wars: The Rise of Skywalker, D-0 is discovered by Rey and her friends as they are on the trail of Emperor Palpatine. The little droid is voiced by the film’s director, J J Abrams.

The new LEGO model uses several different techniques to execute the character’s unusual shape, with a sand display stand giving it some stability. It is similar in style to 75230 Porg.

LEGO Star Wars: The Mandalorian 75292 The Razor Crest, 75317 The Mandalorian & The Child, LEGO Collectible Minifigures Series 20 and LEGO Minions have also been revealed by the LEGO Group.