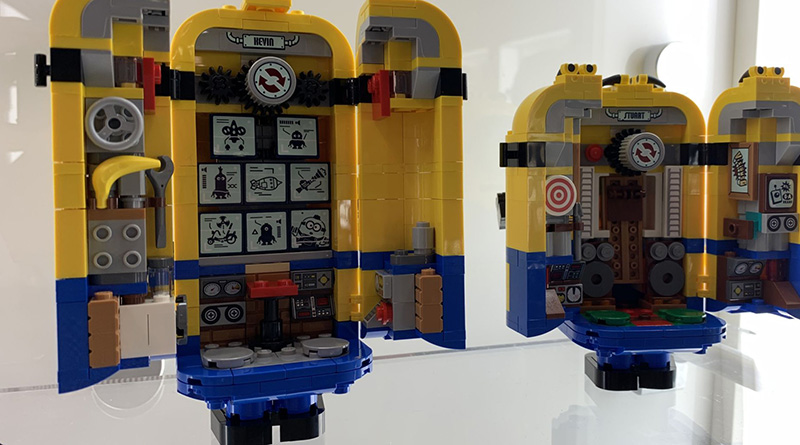 Fans can now get a look at the inside of LEGO Minions 75551 Brick-Built Minions and Their Lair, as the sets have been on display at New York Toy Fair.

The annual US industry event, New York Toy Fair, is currently taking place, with the LEGO Group showcasing a selection of upcoming products. New LEGO Minions: The Rise of Gru sets, which were officially unveiled recently, are on display at the show. The sets will be released on May 1, ahead of the film’s cinematic debut.

Thanks to the website Bleeding Cool, fans can see inside one of the most interesting sets in the theme – 75551 Brick-Built Minions and Their Lair. The model builds two different characters at a time, with three to build in total.

Each of the large Minion builds opens up to reveal a room for that specific character, with a lab for Kevin, a bedroom for Stuart and a kung fu playset for Kevin (not pictured).