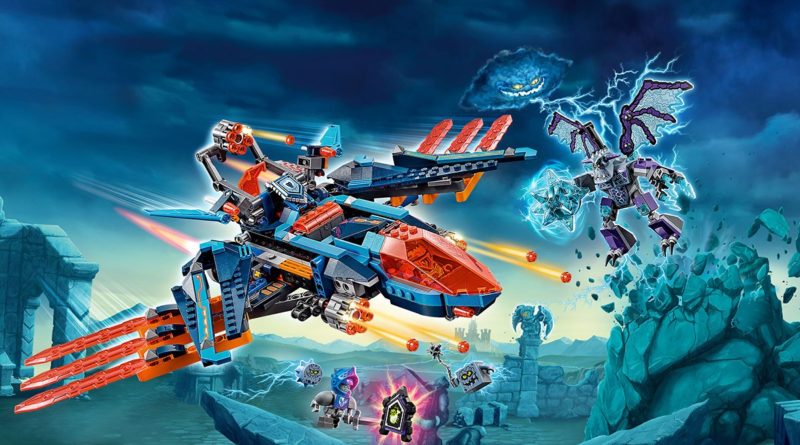 LEGO NEXO KNIGHTS was so top-secret during development, it was first sold to a potential member of the team as a fake futuristic pirate theme.

Episode 33 of the official LEGO Games podcast, Bits N’ Bricks is now available, and it’s all about the development of NEXO KNIGHTS and what goes into the creation of a LEGO big bang theme. For the unaware, a big bang theme is a multimedia launch across sets, TV, video games and more. NINJAGO, Legends of Chima and Monkie Kid are or were all classified as such.

As part of the evolution of the NEXO KNIGHTS idea, the LEGO Group needed a story to drive the theme for years to come, and they wanted Mark Hoffmeier of Power Rangers, Spider-Man and even a few LEGO games to create it. However, they wanted to make sure that he was right for the job, without telling him everything about the project.

“They were looking for someone to help them develop a property and do the writing for the show. So I did a test for them that was not based on Nexo Knights but was based on, what they called, sort of an adjacent idea. And it happened to be sort of futuristic pirates,” said Mark Hoffmeier, Screenwriter.

“I did a little miniature script thing (chuckles) in which I did – the Pirate Captain also has a home life and so, you know, he’s got a wife and kids and it sort of put upon as a pirate king because, you know, ‘Hey, I got to deal with all the family problems, and also I’m out there marauding.'”

By presenting Mark with a similar idea to the futuristic world of NEXO KNIGHTS, they could see what ideas he had for the concept, before switching the pirates out with knights. All the same, we can’t help but wonder when NEXO PIRATES could have been like.