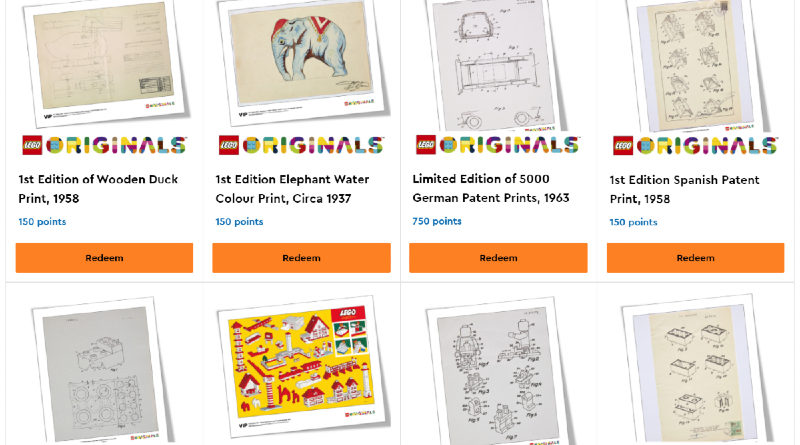 A selection of LEGO VIP rewards have been reduced in point cost to celebrate the anniversary of the original LEGO patents.

The VIP rewards center of the official online LEGO store contains a number of rewards for fans to spend their hard–earned points on, from physical coins to digital colouring pages and occasionally, a limited–time reward such as a sweepstakes or a retired set.

Included in the range of rewards for a while now have been a set of prints recreating the original LEGO patents in various countries. At 650 points each, there may have been more desirable rewards for VIP members but to celebrate the 63rd anniversary of the original patents, the cost has been significantly lowered.

Now, each of the prints minus one is just 150 points each, meaning fans can pick up the entire set to decorate their walls for a total of 1200 points. The only print excluded in this offer is the limited edition German patent print, with only 5000 of them available, keeping the original price of 750 points, unlike the rest of the collection.

LEGO fans wanting to take a look at the patents themselves can find a gallery of them here, courtesy of the LEGO House team.