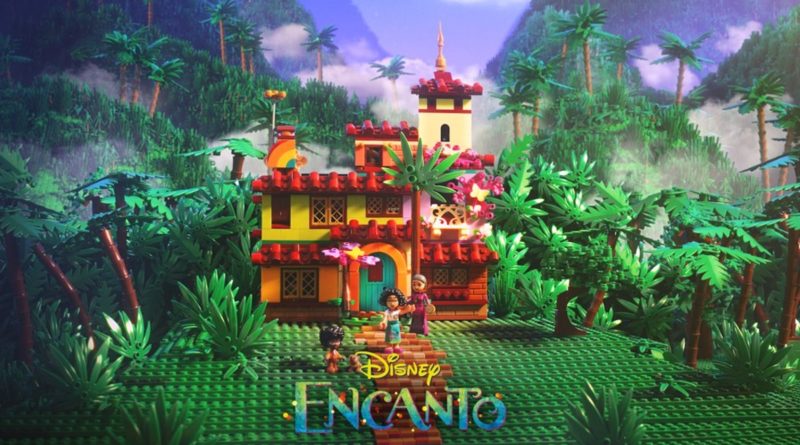 Disney’s animated musical Encanto will release next week and to celebrate the LEGO Group has recreated the main poster with an official set.

Ahead of the launch of Encanto on November 24, the LEGO group is using one of the three revealed sets to remake part of the film’s marketing, continuing the trend of presenting movie posters in bricks. This has recently included The Book of Boba Fett and Shang-Chi and the Legend of the Ten Rings.

43202 The Madrigal House depicts the magical home of the Madrigal family, who have been blessed by a mystical candle with powers. Every member of the family has a gift apart from Mirabel, who is the main character for the movie. The model features a colourful exterior and interior for the five characters that feature in the three builds as either minidolls or microdolls.

Comparing the source material to the official model side-by-side allows you to see the smaller details that the designers have included in the model, such as the blossoming pink foliage above the door and on the balcony.

43202 The Madrigal House is not based on the abode as seen in the main poster but instead, the home as it is presented in the movie with a wider scale used that leaves it with less height.

The full range of LEGO Disney Encanto sets, featuring 43200 Antonio’s Magical Door, 43201 Isabela’s Magical Door and 43202 The Madrigal House, will launch on December 1, just after the release of the movie on November 24.