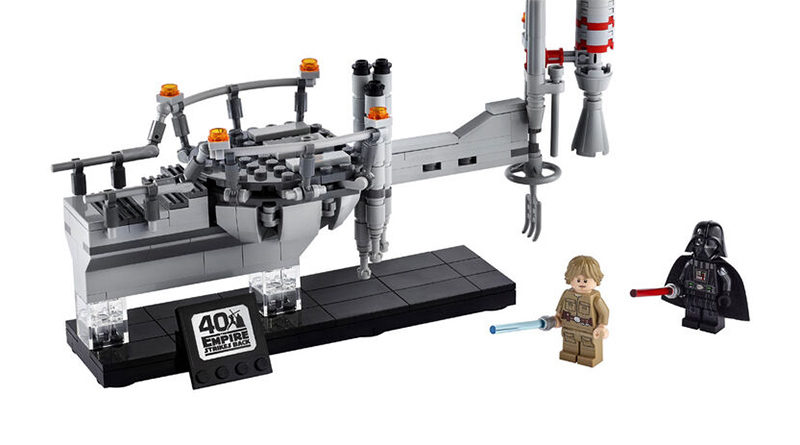 LEGO Star Wars 75294 Bespin Duel, a new 18+ set revealed in August, will be available at LEGO.com and presumably LEGO Stores too. The Brick Fan shares a catalogue page showing that it will be priced at $39.99.

Bizarrely, the 295 piece set has been labeled as 18+, encouraging children to steer clear of what looks to be a model that would be great for play as well as display.

Here is an extract from the official product description:

This fun, creative construction set features Luke Skywalker and Darth Vader LEGO minifigures with lightsabers. It also has a display stand with a 40th anniversary nameplate to complete a wonderful centerpiece for your home or office. And don’t worry if you are a LEGO newcomer – step-by-step instructions are included so you can enjoy a stress-free building experience.