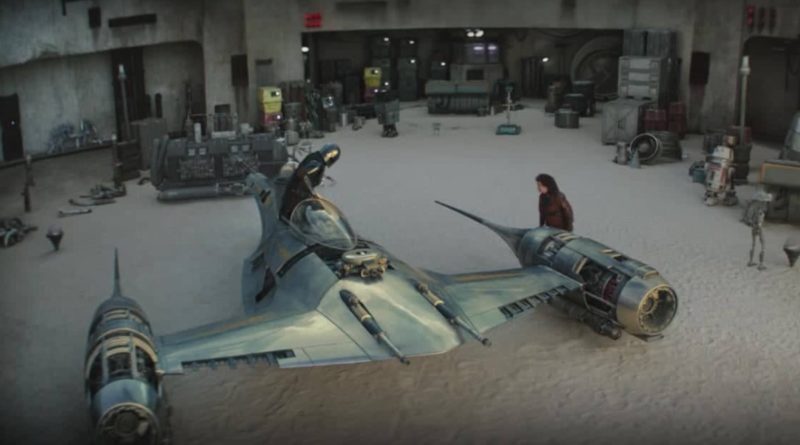 A LEGO Star Wars set of The Mandalorian’s modified N-1 Starfighter is rumoured to be landing on shelves as soon as next month.

In what would be a welcome break from tradition for the LEGO Group – which has so far delivered sets based on Disney’s Star Wars TV shows on a delay of several months – a brick-built version of Din Djarin’s new ship, acquired during The Book of Boba Fett, is reportedly on the way in either March or June.

Promobricks claims that 75325 The Mandalorian’s N-1 Starfighter will retail for €69.99 and include just 411 parts, tallying with earlier rumours and matching our prediction for that particular product number. The set will apparently also include minifigures of Mando and Grogu, alongside our first-ever Peli Motto and BD droid, the latter of which is said to use a new mould.

There’s no hint of Motto’s workshop, however: according to Promobricks, the set will only consist of the N-1 Starfighter, with no side builds of any kind. It’s thought to be launching in June 2022, but may also arrive in March alongside 75326 Boba Fett’s Throne Room as a three-month timed exclusive at LEGO.com and LEGO Stores.

If that happens, expect a wider release through third-party retailers from June. It’s all ‘ifs’ at the moment, of course, because this is still just a rumour for now. But if 75325 The Mandalorian’s N-1 Starfighter is due to swoop on to shelves within the next couple of weeks, expect to see confirmation from the LEGO Group very soon.

And if this does turn out to be true, it will really only strengthen recent rumours of a buildable BD-1 droid from Star Wars Jedi: Fallen Order landing in summer. The LEGO Group will likely want to get as much mileage out of a new droid mould as possible, after all…