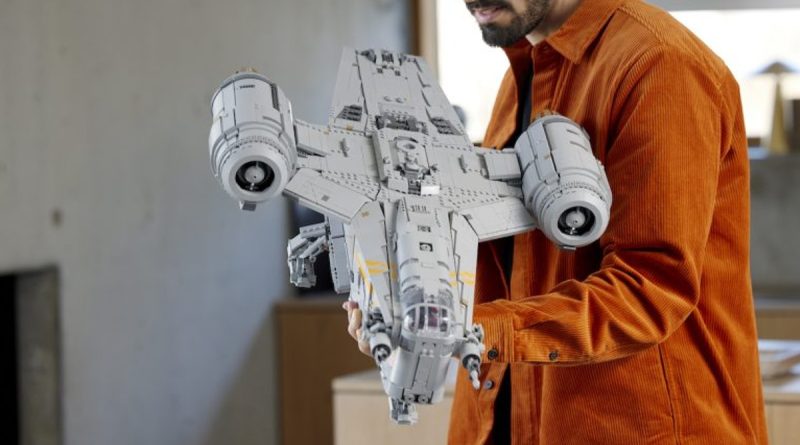 In a familiar turn of events, a Reddit user is reporting to have received two copies of 75331 The Razor, despite only ordering one.

GridPassion on the LEGO subreddit claims to have been sent two copies of 75331 The Razor Crest, the brand new LEGO Star Wars Ultimate Collector Series set, even though they ordered just one.

Should this story sound familiar, a member of the same subreddit reported being sent two copies of 75313 AT-AT earlier this year. Now, it appears to have happened again with The Mandalorian model.

Similar to last time, the comments were a mix of users suggesting to return the build or at least let the LEGO Group know, suggesting donating it to a charitable cause and a few other highlights

“Dear LEGO, I am getting ready to order the Holiday Main Street, please be kind.” pleaded BaldoBojangles in response.

Beneficial_Report601 suggested a build for both versions of the ship: “Now you can build the s1 and s2 Razor Crest.” referencing the loss of the Razor Crest, or as bigfeeetz cleverly puts it: “blow up one lol.”

Wizard-o decided to slyly attempt and take a copy for themselves: “Hello my dearest friend. I’ve missed you so much. We should catch up and talk about your LEGO duplicate problem. I would be happy to help you with that. That’s what friends are for.”

Explaining one likelihood for how this happened is Boxofoldcables: “I’m guessing they accidentally print the packing slip twice and then pack both the original and the duplicate? Kind of a serious error on the part of LEGO’s warehouse.”

75331 The Razor Crest is available now for VIP members on the official online store, though note that you should only be receiving one copy of the set delivery unless you specifically order more.

When ordering LEGO, you can support Brick Fanatics by purchasing it via our affiliate links. Thanks.