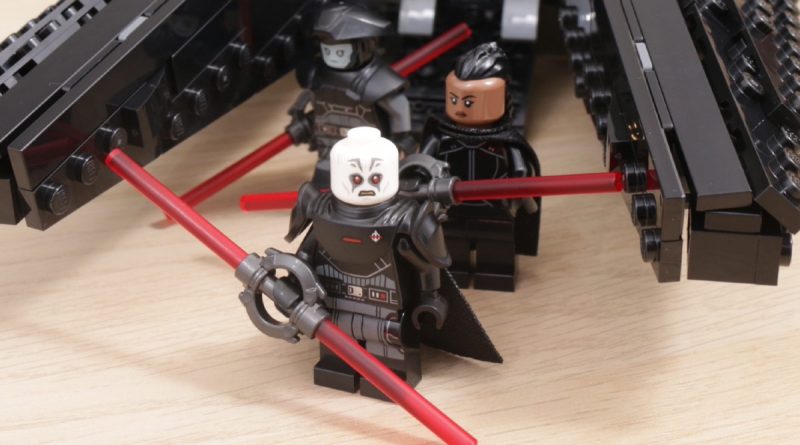 The LEGO Group has adjusted the retirement dates for a handful of brand new LEGO Star Wars sets – most of which haven’t even hit shelves yet.

75333 Obi-Wan Kenobi’s Jedi Starfighter, 75335 BD-1, 75336 Inquisitor Transport Scythe and 75338 Ambush on Ferrix – all of which will launch on August 1 – were originally scheduled to be available until December 31, 2024 at the latest. According to Brick Fanatics’ sources, however, all four of those sets – along with most of their contemporaries arriving the same day – will now retire by July 31, 2024.

It doesn’t make a massive difference at this stage, of course, given none of us have even had a first chance to buy these LEGO Star Wars sets (let alone a last chance). But this is the first time in recent memory that any sets from this theme have been destined to retire mid-year, so could signal a wider shift in retirement dates on the horizon. For now, only 75339 Death Star Trash Compactor Diorama has joined them in the July 2024 window, also moving from December.

All that said, slightly more pressing at this stage are those sets due to retire within the next few months – any and all of which could theoretically sell out at LEGO.com at any point between now and December, as evidenced by the recent (and sudden) retirement of 76239 Batmobile Tumbler: Scarecrow Showdown in the UK and Europe. If any of them are on your wish list, you’d do well to grab them as soon as possible.

That’s especially true for those sets that are unlikely to be redesigned within the next decade. We’ll probably see another Imperial Shuttle in a few years, but what are the chances of a third UCS Imperial Star Destroyer, second Darth Vader Meditation Chamber or Boba Fett/Scout Trooper helmets arriving on shelves before we’re well into the 2030s? Pretty unlikely, we’d say.

Here’s a complete rundown of when each and every LEGO Star Wars set is currently destined to retire, but remember that these dates are subject to change, so check back with Brick Fanatics for regular updates.

Click here for a complete list of LEGO sets retiring in 2022, across all themes – including Marvel, Ideas, LEGO ICONS and more.