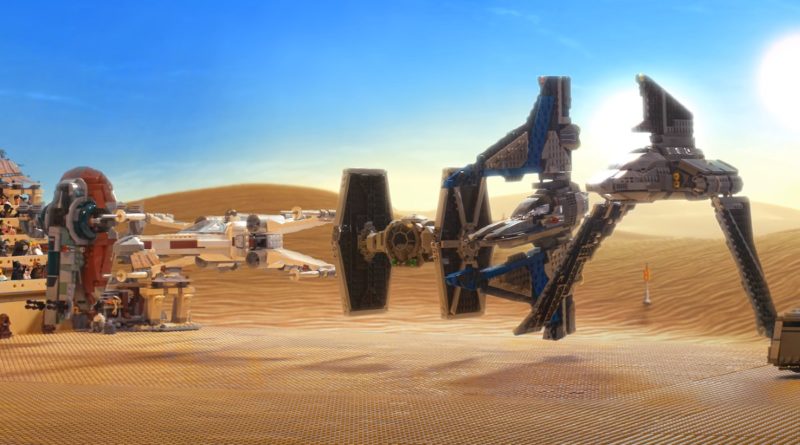 The LEGO group have commissioned a stop-motion animator to showcase the new LEGO Star Wars ships taking part in an action-packed race.

LEGO YouTuber forrestfire101 has been hired by the LEGO Group to use his animating skills to create a fresh stop-motion video to showcase the new range of LEGO Star Wars 2021 sets, with ships from The Clone Wars, The Mandalorian, The Bad Batch and the original movies.

Lasting under two minutes, the smooth stop-motion is worth a watch and a variety of behind-the-scenes videos also demonstrate the animation process including how storyboarding is used to bolster the narrative.

You might want to watch the above video before reading this next part, but after a fast chase from the surface of the planet and into the stars above, almost all of the racers smash into 75315 Imperial Light Cruiser but thankfully don’t interrupt a confrontation between Din Djarin and Moff Gideon.

The winning racer may not be what you expect, but the stop-motion animation showcases the details and features of the new Star Wars 2021 sets as well as the skills of the animator himself. Forrestfire101 has also produced another LEGO Star Wars: The Mandalorian video before which you can see for yourself in our initial report, though it was not commissioned by the LEGO Group.