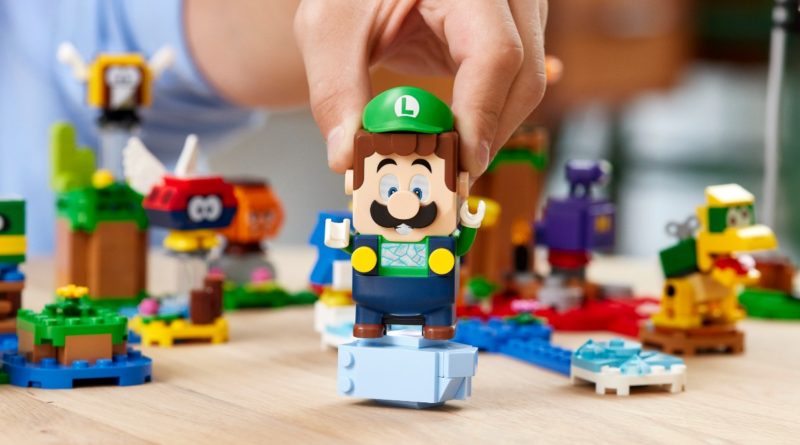 First revealed over the weekend, more pictures for the four LEGO Super Mario 2022 models not themed to Luigi’s Mansion have detailed upcoming functions, characters and a biome coming to the theme next year.

The sea dragon from the translated title has now been confirmed as Dorrie from Super Mario 64 with enough room for LEGO Mario or Luigi to ride on his back. He will come in 71398 Dorrie’s Beachfront Expansion Set which will feature the same three numbered blocks that first appeared in 71368 Toad’s Treasure Hunt Expansion Set.

The image for 71396 Bowser Jr.’s Clown Car Expansion Set suggests that Mario will be able to scan through the Clown Car build, potentially through a hole that would explain why the vehicle’s propeller is missing from the model.

A picture for 71402 Character Packs – Series 4 also reveals that a new biome will be coming to LEGO Super Mario in 2022 with the penguin and ice enemies coming with a white module brick, as well as a new reaction for the digital controllers when touching the latter character.