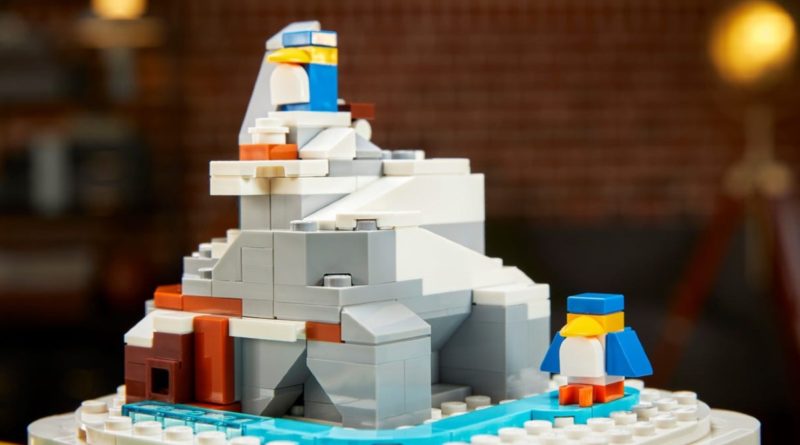 Those who have played Super Mario 64 may have fond, or not so fond, memories of Cool Cool Mountain – one of the four levels recreated in 71395 Super Mario 64 Question Mark Block. As part of the adventures in the area, one quest sees Mario reunite a lost Penguin with their family, carrying them the whole way.

However, the game doesn’t stop you from dropping the penguin before reaching the parent or even dropping them off the mountain itself. With miniature figures for both of the penguins included alongside Mario in 71395 Super Mario 64 Question Mark Block, it couldn’t be long for someone to accidentally send the infant soaring off the brick-built Cool Cool Mountain.

Nathaniel Bandy, who recently showcased a mod that brings the model and Mario figure into the game, has gotten his hands on the new set and continued that trend of dropping the child Penguing off of the level, accidentally we assume.

Comparing this moment with both the Nintendo 64 and DS version of Super Mario 64 demonstrates the attention to detail that the LEGO designers implemented when making the set, which continues in the three other level recreations.

LEGO 71395 Super Mario 64 Question Mark Block is available now from the official online store should you wish to recreate any of your iconic moments from playing the game. The references to beloved elements of Super Mario 64 in the build don’t stop there though as an Easter egg alludes to a speedrunning technique.