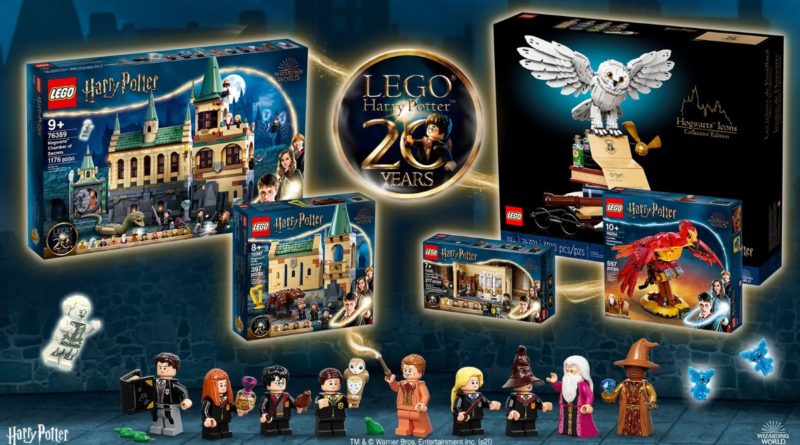 Wizards and witches be warned, time is running out to finish up your entries for the LEGO Ideas Harry Potter 20th anniversary contest.

For those who’d like a chance to win a prize package containing  76386 Hogwarts: Polyjuice Potion Mistake, 76387 Hogwarts: Fluffy Encounter, 76389 Hogwarts Chamber of Secrets and 76391 Hogwarts Icons Collectors’ Edition, plus 76394 Fawkes, Dumbledore’s Phoenix, this is your last chance to enter the latest Harry Potter contest over on LEGO Ideas.

Anyone hoping to win that massive collection of sets can enter the contest on the dedicated webpage, with the team asking for creations that celebrate the theme for its 20th anniversary. That specific number must also be included somewhere within your build, so it might be time to get creative with potions and other imaginative magic.

With the rules stating that models can either be made physically or digitally, the contest is accessible to everyone and at the time of writing, 199 entries are in with a chance of winning. Only one of the grand prize package containing the six sets listed earlier in the article is on offer, but that’s not all that you could win.

Two runners up will be walking away with 76391 Hogwarts Icons Collectors’ Edition, along with 2018’s promotional 5005254 Harry Potter Minifigure Collection, or at least that’s what the provided image shows as LEGO Ideas is listing it as another item – 6232944 Limited Edition Minifigures.

You’ve got until October 6 at 11am UK time to submit your model, which leaves you with just a few days to put the finishing touches – be it digital or physical – on your build and impress the judges with your Wizarding World creation. Those who aren’t lucky enough to win can grab the new range of LEGO Harry Potter now from the official online store, including the massive 76391 Hogwarts Icons Collectors’ Edition.