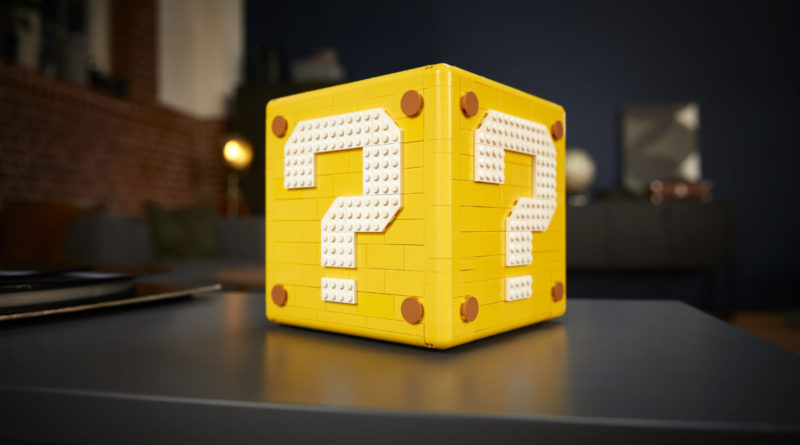 With official images recently released, the model recreates four levels from Super Mario 64, as well as a potential secret area. The blocky style of the set as a whole and the microfigures suits the original design of the game, but there’s one key flaw.

When closed up, 71395 Super Mario 64 Question Mark Block looks like the iconic yellow question block that players will remember from a variety of Super Mario games. However, it never actually appeared in Super Mario 64.

Instead, the game swapped out those question marks for multi-coloured exclamation blocks. Of course, it’s understandable that the LEGO Group designers wanted to go with a more instantly recognisable model, while also commemorating the well-loved videogame, but it’s still a little jarring for some hardcore fans.

The rest of the build is definitely reminscent of the Nintendo 64 game, with levels representing memorable locations from the original gameplay: Peach’s Castle, Bob-omb Battlefield, Cool, Cool Mountain, and Lethal Lava Trouble.

What’s more, as noted in our deep dive into the build, there is a small reference to the more accurate exclamation boxes with the inclusion of a tiny red block that we can assume is meant to represent the actual box from Super Mario 64.