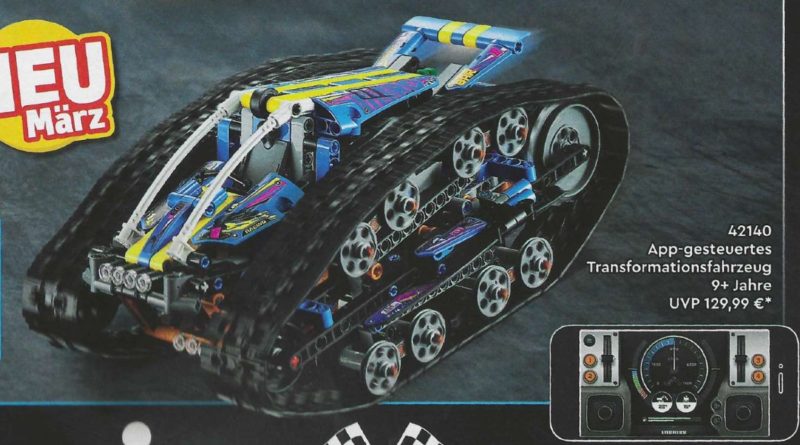 The LEGO Group is planning to release even more Technic sets next year with a catalogue revealing three upcoming creations for the theme.

A German catalogue shared with high-quality scanned images by StoneWars has revealed that at least three more LEGO Technic sets are coming next year, including a set that features two remote-controlled vehicles in one brick-built package.

The smallest of the trio is 42133 Telescopic Handler with a price of €9.99. The white and blue model depicts the named vehicle with a wooden pallet to transport. This can then be rebuilt into a truck with a crane. The names in the catalogue are presented in German, and our translations may not be completely accurate to the final set titles.

Slightly bigger than the former model is 42139 All-Terrain Vehicle with suspension in the six wheels being one of the creation’s features. Beyond the €74.99 main model, a small build for a chainsaw and wooden logs are also included with stickers featuring various designs.

The most interesting of the newly revealed LEGO Technic 2022 sets may be 42140 App-Controlled Transformation Vehicle at €129.99. Although it looks to be similar to 42095 Remote-Controlled Stunt Racer from 2019 with caterpillar tracks on the blue vehicle. However, the twist featured is that by flipping the model, an orange build is revealed with a larger cabin giving it a more industrial appearance.

You can take a look at the catalogue pages above with all three of the newly revealed LEGO Technic 2022 sets launching in March in Germany. Worldwide release dates have yet to be confirmed though they will at least be available alongside the massive 42130 BMW M 1000 RR in Germany.