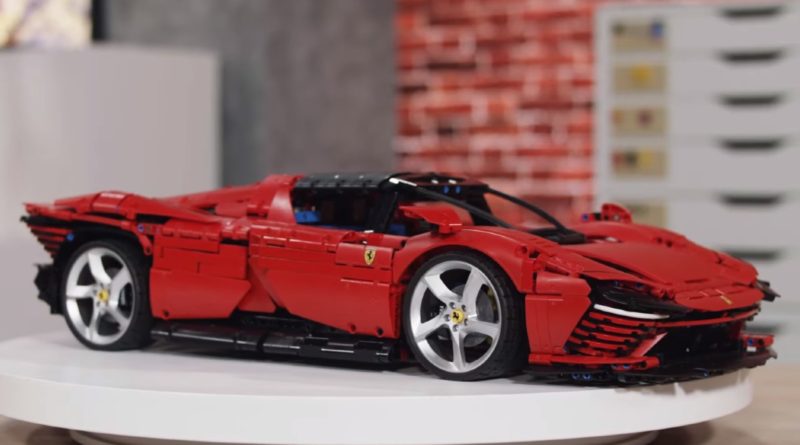 After a brief hiatus, LEGO designer videos are back with one for the new 42143 Ferrari Daytona SP3 Technic model now available to watch.

Six months ago, the designer video for 75313 AT-AT was released on the official LEGO YouTube channel. Since then, the several similarly huge builds that have been released have not received a corresponding video, at least not yet.

However, it appears this hiatus of accompanying designer insight is now over as the designer video for 42143 Ferrari Daytona SP3 is ready for you to watch.

Led by senior designer Aurelien Rouffiange, the build is explored and detailed in the usual formula that we’ve come to expect from designer videos. Since this is a Technic set, a lot of the focus is on the various mechanisms and modules included in the model.

Aurelien mentions that one of the biggest challenges in the development of this Technic model was not being able to see the real car, as it was also in production at the same time as the set and being kept a secret accordingly. However, frequent contact with the team at Ferrari allowed to gain access to the necessary concept art and imagery required to depict the Ferrari Daytona SP3 in bricks.

LEGO Technic 42143 Ferrari Daytona SP3 is now available from the official online store in the UK, the US and Europe, though there may be a small period of backorder depending on your region.