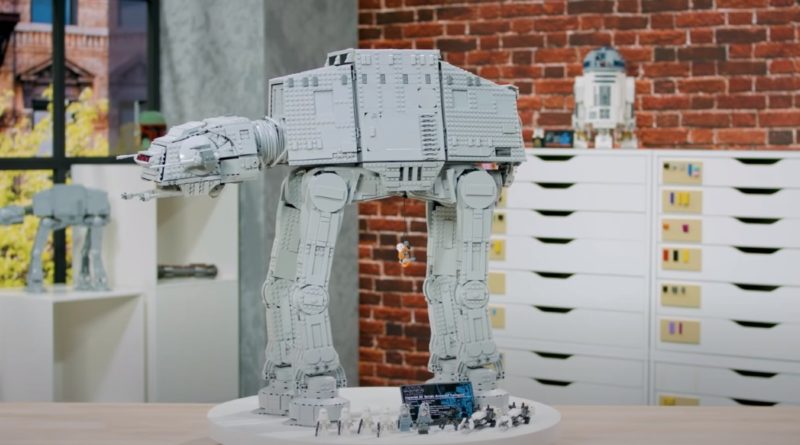 The designer video for the new UCS LEGO Star Wars 75313 AT-AT has been released, offering the usual designer insight for the massive model.

LEGO Star Wars designer Henrik Andersen is helming the latest designer video from the LEGO Group, focusing on the most recent release for the theme – 75313 AT-AT. It also demonstrates the preferred method of handling the huge walker by cradling it with your hand between the legs.

“The biggest challenge with this set was the sheer scale of it and the weight of it,” explained Henrik Andersen. “So I teamed up with a LEGO Technic designer and we came up with a solution for making the legs moveable and also so stable that they can take the weight of the model.”

The LEGO Star Wars designer also shares how he used the new flip-flop beams in the set as well as his favourite function of the creation and you can watch the video for yourself by clicking above.

LEGO Star Wars 75313 AT-AT is available now in the UK and Europe, but those of you in the US will have to wait until after the holidays for a restock of the model after it sold out shortly after release. We’ve made a video answering your questions about the new AT-AT, including how many minifigures it can fit without worrying about the seats.