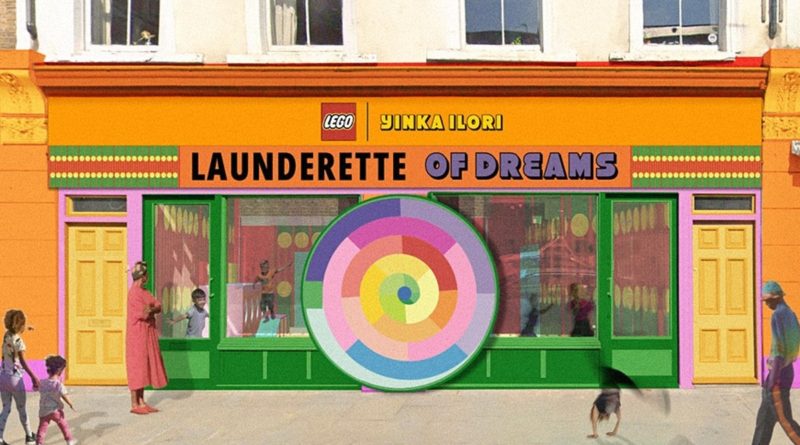 A new LEGO experience has been revealed to be open soon in London, named the Launderette of Dreams as a collaboration with artist Yinka Ilori.

Continuing the Rebuild the World campaign, the LEGO Group have begun teasing a new project as a partnership with artist Yinka Ilori. A short video was uploaded to Twitter to showcase a trailer for the experience, which sees primary school kids help to transform a mundane space into something colourful and new.

Following the release of the below video, which promises to officially reveal more soon, the events page for what we now know is called the Launderette of Dreams was made available on Eventbrite, with more details of what to expect.

The Launderette of Dreams is a free public installation that transforms a normal community launderette with bricks into a space for play and creativity. A model featured in the teaser video including washing machines, showcasing that the experience would take place inside a launderette.

The LEGO Launderette of Dreams includes play activities within the space designed for children aged six years and older, with workshops also available at select times. The experience will be open from October 28 to November 6 from 10am to 6pm at 133 – 135 Bethnal Green Road, London.