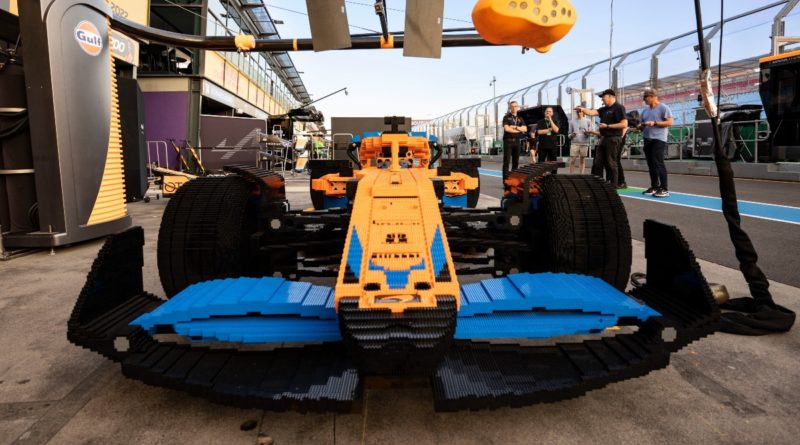 A massive build of 42141 McLaren Formula 1 Race Car has appeared a the Australian Grand Prix as the latest from the LEGO Group and McLaren.

Those lucky enough to visit the Australian Grand Prix in Melbourne this weekend, depicting the latest LEGO Technic set as a model that’s big enough to seat a driver. Made up of 288,315 individual LEGO bricks, it took a team of 27 people 1,893 hours to finish the massive LEGO Formula 1 car.

While 42141 McLaren Formula 1 Race Car is made up of mostly Technic elements, this enlarged version is made up of more System pieces, but still managed to capture the full livery with the sponsors, some of which have recently been removed from the purchasable set.

The finer details of this build include the wheel, which has a display featuring printed letters noting crucial information to the driver. A selection of images pokes fun at the realistic build, displaying it in the pit stop and with Daniel Ricciardo and Lando Norris inspecting the brick-built vehicle.

You’ll be able to see the model at Albert Park during the Australian Grand Prix in Melbourne over the weekend. It might be the closest you get to the set unless you have already secured a copy as 42141 McLaren Formula 1 Race Car is still temporarily out of stock worldwide.