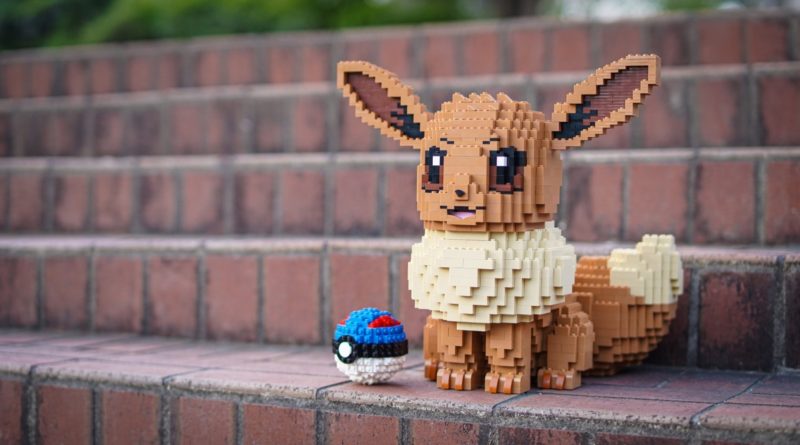 Believe it or not, life-sized LEGO Pokémon really do exist – and a brand new one has just launched as part of Bricker Builds’ Bricksmas celebrations.

November 15 is the first day of Bricksmas for Bricker Builds, which sells instructions and part kits for some absolutely incredible life-sized sculptures – the sort of thing the LEGO Group should really be doing with its own LEGO for Adults sets, when you think about it. Among those are Captain America’s shield, a Legend of Zelda sword, and some adorable Pokémon.

Joining the newly-launched Turtwig and Piplup is Eevee, who’s now available to buy in bricks for the first time ever. Until now, you could only buy the instructions for the first-generation Pokémon through Bricker Builds – but from today, you can order a bundle with all the official LEGO bricks you’ll need to assemble the 1,907-piece sculpture.

This is just one of five Bricker Builds products that will be available to buy in bricks for the first time this week, with each day of Bricksmas – from November 15 to 19 – bringing us a brand new Star Wars, Marvel or Pokémon build. The last day promises a ‘special surprise’ for one of Bricker Builds’ ‘most popular, electrifying models’. Any guesses?

Before then, though, there’s Eevee. One of the most versatile Pokémon in all the Poké-verse (is that a term? It should be), Eevee can evolve into eight different forms, all of which bear different traits and abilities. They’re also the mascot for Pokémon: Let’s Go, Eevee!, one of the first Pokémon games to debut on the Nintendo Switch – so you could say they’re pretty popular right now.

Designed by LEGO artist Dave Holder – whose work has also featured on LEGO MASTERS Australia, and can be seen at LEGOLAND Melbourne – Bricker Builds’ Eevee is only available in limited quantities ahead of the holiday season, so don’t hang around if this looks like the perfect Xmas gift (whether for yourself or that LEGO and Pokémon obsessive you know – we all know one, right?).