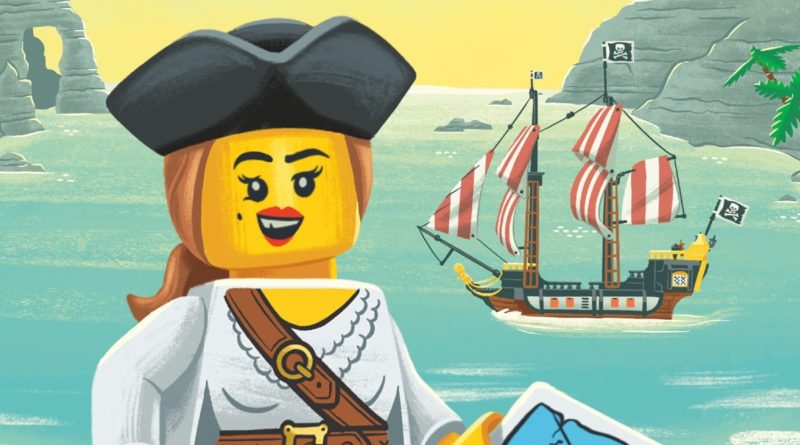 A pair of new LEGO books have been revealed, telling original stories of a budding knight and pirate living out their wildest dreams.

Another of the LEGO Group’s book-based partnerships has been revealed with the latest endeavour being with Penguin Random House and the Little Golden Book series.

The range, which includes shorter stories for younger readers that have been ongoing since 1942 have included many topics and popular characters over the years, but is only now dedicating two novels to LEGO minifigures. Discovered on Amazon UK, How to Be a Pirate and How to Be a Knight are the names of the titles, with only the former having a provided cover image.

The minifigure featured on the cover of How to Be a Pirate is Pirate Girl from Collectible Minifigures 71027 Series 20, given the name Cecilia for the story. The hearty adventurer dreams of becoming a member of her grandfather’s crew, which judging by the image, might be the crew of the Black Seas Barracuda as seen in 21322 Pirates of Barracuda Bay.

Should the latter be true, it could be that the story of LEGO Pirates will continue in this book with Cecilia being the granddaughter of Captain Redbeard, an updated minifigure of which can be found in the LEGO Ideas model.

The other title doesn’t have a cover on the listing but does name a character as Milo who wishes to raise his courage by helping a dragon in need. You can expect to find both books online and in-stores from January 4 2022 with the price of each being just under £5. You can read our in-depth review of 21322 Pirates of Barracuda Bay to see the rest of the updated crew of the Black Seas Barracuda.