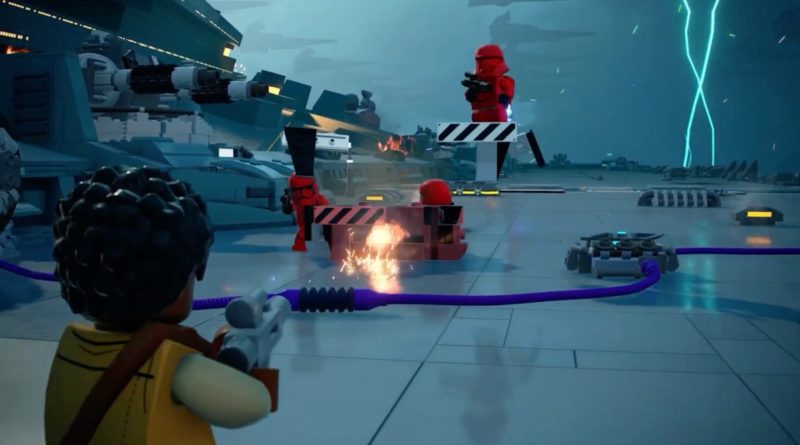 LEGO Star Wars: The Skywalker Saga has lots of brick-built locations in the game, demonstrating how the titles have evolved over 16 years.

The latest gameplay overview trailer for LEGO Star Wars: The Skywalker Saga showcased many new features, characters and secrets but with all of the content it included one element may have been overlooked.

While the many scenes and gameplay segments play on throughout the trailer, much of the ship interiors such as the corridors from the first and fourth episodes of the saga are made entirely from bricks, with a distinct shine from the plastic.

Natural locations use 3D-modelled environments for the most part instead, suggesting that this was a design decision made for any man-made places to help set the two apart in gameplay. Twitter user Lunar Squadron highlighted the feature, comparing one scene to the first LEGO Star Wars game from 2006.

Not only does this – and other comparisons – help to highlight the graphical evolution of LEGO games, it also serves to demonstrate how TT Games have further integrated bricks into their titles, with other recent examples being The LEGO Movie 2 Videogame and LEGO Worlds.

However, LEGO Star Wars: The Skywalker Saga is making changes beyond the graphics and layout of levels with the addition of new gameplay features such as character classes, a fresh combat system and more.

We’ll be able to see just how much of LEGO Star Wars: The Skywalker Saga is made from bricks soon as the game will not only be included in IGN Fan Fest but is currently planned to launch on April 5, 2022.