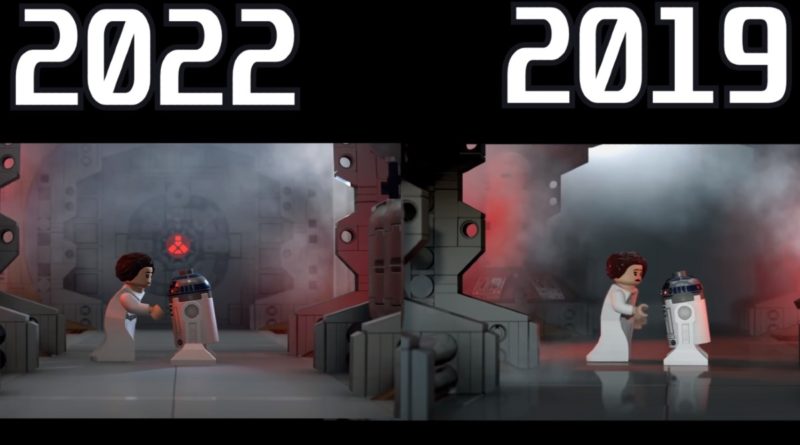 A comparative video showcases that LEGO Star Wars: The Skywalker Saga has changed more than you realise in the last three years.

YouTuber Cycu1 has compared the new gameplay overview trailer to previous videos of the game, showing just how much has changed in the three years since the original reveal, and what changes are only down to differences in lighting or other minor aspects.

Some scenes show a notable difference when it comes to the graphics such as the chase on the moon of Endor where the foliage is notably denser in the gameplay overview trailer than it was originally.

Another moment features Luke Skywalker battling the Rancor underneath Jabba’s Palace. While lighting initially appears to be only the update, the underbelly of the beast now has more detail such as dirt and other marks. A similar graphical change is visible during the battle on Mustafar with the newer trailer featuring normal eyes for Anakin instead of the yellow iteration seen in 2020.

One scene reveals that a moment from one of the first trailers does not return exactly the way it was, with much of the bricks removed from the updated render. When Rey leaps over Kyl Ren’s incoming ship, the original video featured pieces being kicked up out of the sand by the vehicle.

However, the 2021 trailer reveals that those elements have been replaced with sand particles, meaning that the previous version may have only been intended for the cinematic reveal.

Exactly how much of the game has changed between the official videos will be known for sure when LEGO Star Wars: The Skywalker launches on April 5.