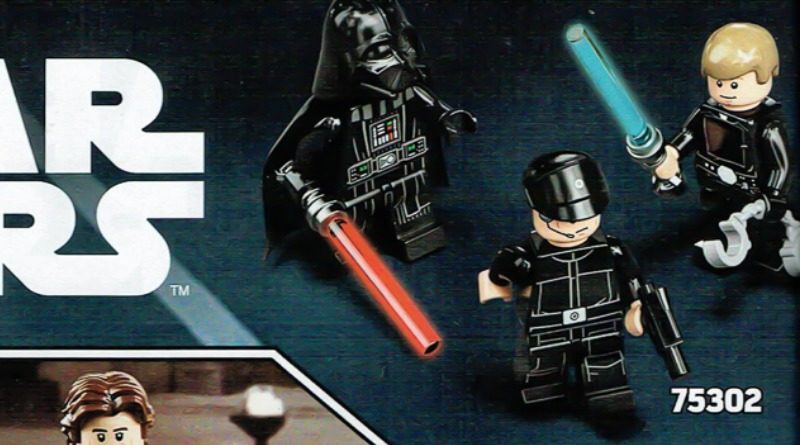 The LEGO Group has seemingly given Luke Skywalker a blue lightsaber in 75302 Imperial Shuttle – a set based on Star Wars: Return of the Jedi.

The new 2021 model was revealed in an instruction manual earlier today, alongside images of its accompanying minifigures: a shuttle pilot, Darth Vader, and Luke Skywalker in his Return of the Jedi garb. For some reason, though, the venerable Force user is wielding a blue lightsaber.

You don’t need to be a Wookieepedia moderator to know that Luke’s lightsaber in Episode VI was actually green. And the LEGO Group definitely knows it too, because every Return of the Jedi Luke Skywalker minifigure to date has included a green saber.

That begs the question: what gives, LEGO? Going off-piste in something like the Marvel or DC themes is a bit more forgivable, given the wildly varied source material over the decades. But Star Wars is more of a constant – particularly for sets based on specific movies or scenes.

Of course, this could just be a printing error. Or it could simply be that someone grabbed the wrong lightsaber for the product photo shots. We probably won’t know for sure until we have a copy of 75302 Imperial Shuttle in hand. But for now, at least, all the information we have suggests that the LEGO Group has totally goofed on this one.

The first reviews of the LEGO Star Wars 2021 range have landed online today. Click on each set name to take a closer look at 75299 Trouble on Tatooine, 75300 Imperial TIE Fighter and 75301 Luke Skywalker’s X-wing Fighter.