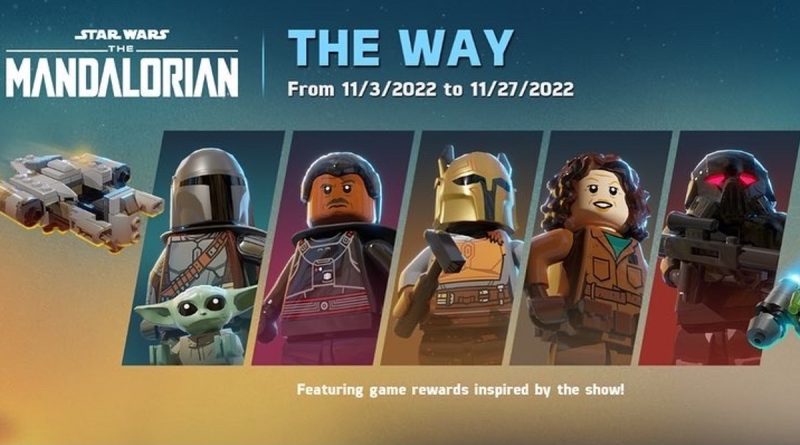 A Mandalorian event has arrived in LEGO Star Wars: Castaways including new minifigure customisation items, vehicles and a fresh game mode too.

Initially released at the end of 2021, an update has arrived for LEGO Star Wars: Castaways, featuring all-new content from The Mandalorian, but only for a limited time. From now until November 27, those with an Apple Arcade subscription can enjoy The Mandalorian event in-game with quests to complete to earn new vehicles, minifigure parts, paint jobs, emotes and sandcastles.

However, the update also comes with a weekly trials system with regular challenges to get rewards in the hippodrome. As for The Mandalorian event, a trailer shared by the Apple Arcade social media team has revealed a few things that you can expect.

From Din Djarin’s iconic helmet to a backpack featuring Grogu, minifigure items are inspired by Din Djarin, The Armorer, Paz Vizsla, Peli Motto and Cara Dune but Moff Gideon and a Dark Trooper appear on promotional artwork too. Thanks to in-game screenshots shared by Murt_88, we know that the vehicles include 75321 The Razor Crest Microfighter and a miniature N-1 Starfighter model.

It’s worth noting that many other LEGO Apple Arcade games have made their way to other platforms eventually including LEGO Brawls and LEGO Builder’s Journey so the same could happen with LEGO Star Wars: Castaways in the future, though nothing has been confirmed.