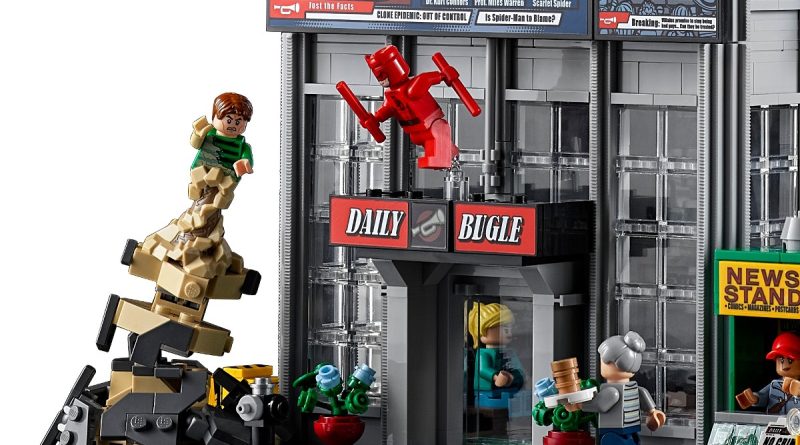 Several projects in the upcoming slate of Marvel movies and shows already have LEGO minifigures, even though some are inspired by the comics.

Fresh from San Diego Comic-Con, a wide variety of Marvel Studios’ projects have been revealed from both the animation panel and the main panel. While no LEGO Marvel sets have been confirmed for them, a few existing minifigures can help you prepare for their arrival.

In 2017, a She-hulk minifigure was released in 76078 Hulk vs. Red Hulk with an appearance that strongly matches what we’ve seen of her MCU outfit. While the original set has been retired, you can get this minifigure on BrickLink for an admittedly-expensive £55.

Charlie Cox as Daredevil will be back in the MCU soon, first in She-Hulk, then eventually in his own Daredevil: Born Again series. The only minifigure of this character is available now in 76178 Daily Bugle, which is out of stock at the time of writing.

The Blade movie starring Mahershala Ali has been revealed to be released in cinemas on November 3, 2023, and like Daredevil, his only minifigure based on the comics iteration of the character is available exclusively in 76178 Daily Bugle.

Secret Invasion will feature Nick Fury, Talos and Maria Hill. Finding a Nick Fury minifigure isn’t too hard as he appears in both 76184 Spider-Man vs. Mysterio’s Drone Attack and 76216 Iron Man Armoury. Only one Talos minifigure has even been released in the retired 76127 Captain Marvel and The Skrull Attack but he is otherwise available on BrickLink for around £14. Similarly, Maria Hill was most recently featured in the retired 40343 Spider-Man and the Museum Break-In and she’s available on BrickLink for around £5

A teaser in a recent catalogue suggests that more Black Panther sets are coming later this year and rumours are that they could be based on the sequel. While those reports are unconfirmed, you can still get a Shuri minifigure in 76186 Black Panther Dragon Flyer as well as one of the ships from the first trailer and Okoye was released in 76099 Rhino Face-Off by the Mine but is also available on BrickLink for around £10.