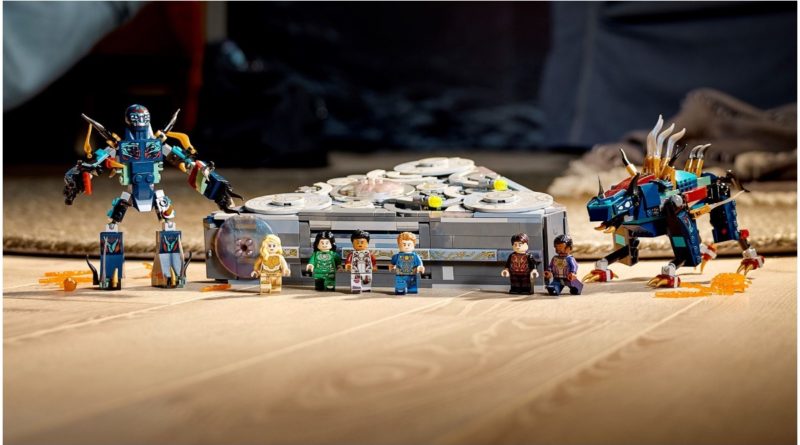 The triangular 76156 Rise of the Domo – the biggest LEGO Marvel Eternals set is currently 22% off at Zavvi just in time for its retirement.

The LEGO Eternals models are some of the most unique builds ever released, including the triangle-shaped ship and home of the team – the Domo. When its brick-built recreation was first released in 2021, it went for £89.99. However, Zavvi’s latest LEGO deal can get you the LEGO Marvel model for just £69.99, saving you 22% or £20.

This particular LEGO Marvel set includes six minifigures, two of which are exclusive to this set in the form of Druig and Phastos. Those who have seen the ending of Eternals will be interested to know that as well as those two, Thena and Makkari are also included.

Ikaris also makes an appearance in 76156 Rise of the Domo as he does in most LEGO Eternals sets. However, he has recently been confirmed to appear again in Marvel Zombies, just in case you wanted to secure a copy of his original minifigure for a custom creation.

There’s more than enough space to display the six minifigures inside the Domo’s three side rooms and a corridor decorated with intricate geometric patterns that also continue on the outside of the ship. The unique nature of the spacecraft cannot be understated compared to the rest of the vehicles in the Marvel Cinematic Universe, making 76156 Rise of the Domo a model not to miss out on.

Whether you’ve been waiting for a discount on 76156 Rise of the Domo or are just excited for the future of these characters after San Diego Comic-Con 2022, Zavvi has the model at a discounted price of £69.99 ready to buy now. You can also read our review to find out more about the model.