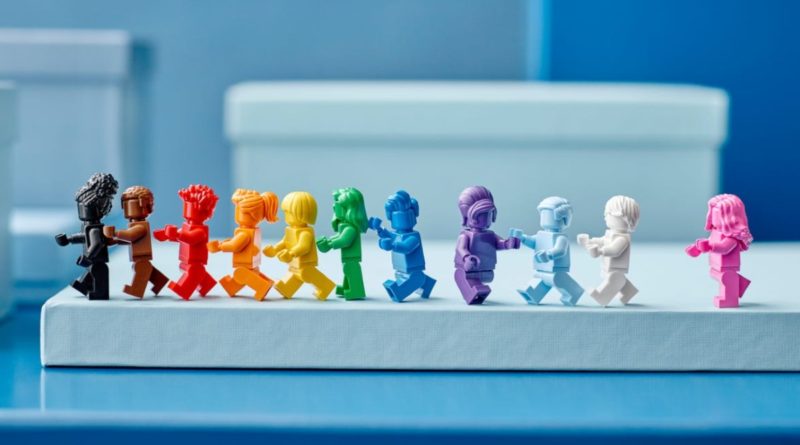 The Vice President of Design at the LEGO Group, Matthew Ashton, has begun teasing his latest creation one brick at a time.

Following a similar method to reveal 40516 Everyone is Awesome, Matthew Ashton is back on Twitter to reveal the first piece of his upcoming 2021 set – a model that he was already teasing in an Instagram Q&A.

The build, which is said by the Vice President of Design to be fully announced in the next few weeks, almost follows in the footsteps of 40516 Everyone is Awesome by having its content revealed brick by brick. However, this time only one piece will be shown as confirmed by Matthew Ashton.

The element showcased is one that was originally believed to be for the rumoured Super Mario Peach’s Castle set, which eventually was revealed as 71395 Super Mario 64 Question Mark Block. The white masonry element was first found after being available to order on Bricks and Pieces but was never used to represent the microscale version of the Mushroom Kingdom fortress.

With that in mind, the possibilities for what this next model from Matthew Ashton could be are endless. Should it follow a similar subject matter to the LEGO Group’s first LGBTQIA+ build, it could be that the rumoured 10291 Queer Eye Apartment is close to a reveal – though nothing has been confirmed or even hinted as so far so treat that information with a healthy dose of caution.

LEGO for Adults 40516 Everyone is Awesome is available now on the official online store and you can find out what the model means to the Vice President of Design in a unique designer video.