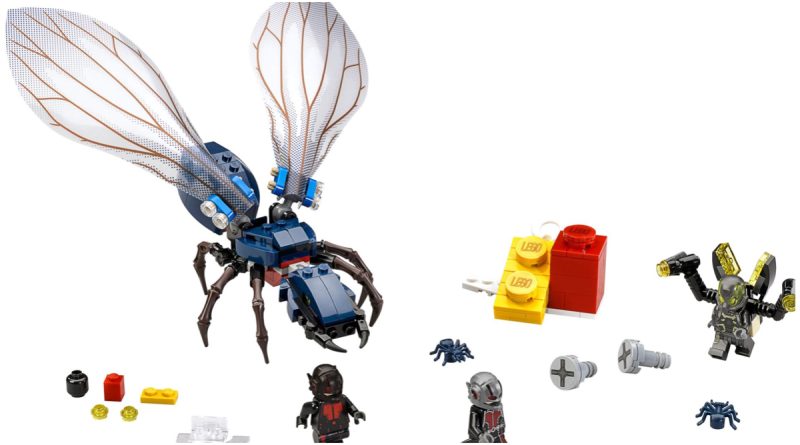 With Phase Five of the MCU just around the corner, it’s time for LEGO to take another look at the neglected Ant-Man theme.

The Marvel Cinematic Universe juggernaut rolls on like some unstoppable celluloid boulder, chasing the Indiana Jones of independent cinema. Phase Four, which started with Black Widow, is about to come to a close with the upcoming Black Panther: Wakanda Forever. And it’s fair to say that each of the seven films in this phase, which includes Shang-Chi, the mostly unloved Eternals, and further outings for Spider-Man, Doctor Strange and everybody’s favourite Norse God, Thor, were well-served by the LEGO Group.

Ok, well-served might be stretching it a little. Most of those films only got two sets, but by and large they were decent efforts with substantial builds and a good selection of minifigures. But now Phase Four is ending, attention will inevitably turn to Phase Five, the midpoint of The Multiverse Saga. The Phase kicks off early next year with Ant-Man and the Wasp: Quantumania, and this might be a good time for the LEGO Group to give a little love to Scott, Hope and the gang.

There have been two previous Ant-Man films, the 2015 original and then Ant-Man and the Wasp in 2018. Between them, they have warranted a grand total of three (count ’em) sets, with seven minifigures, a single vehicle and a large flying ant. And a large bust of Ant-Man which presumably seemed like a good idea at the time.

While we don’t know what the plot of the new film will be (though with the subtitle ‘Quantumania’ it’s probably a safe bet to assume that it will revolve around the quantum realm), we could take some reads from the previous content and suggest a few things. Hank Pym’s ‘lab in a suitcase’ could make for a fun build, and could use the same principles as the Harry Potter ‘Hogwarts Moments’ sets or 76399 Hogwarts Magical Trunk.

Luis and the gang are almost certain to pop up somewhere, so a version of his trusty, rusty 1972 Ford Econoline van (with optional quantum tunnel in the rear) is a must.  Throw in minifigures of Luis, Dave and Kurt too and the set practically designs itself.

Add in a few ideas based on the new film and Phase Five can be kicked off in style. Ant-Man may not be the biggest star of the MCU… well, except when he’s in giant mode, but the cast deserve a bit of love. Come on, even the Eternals got four sets…