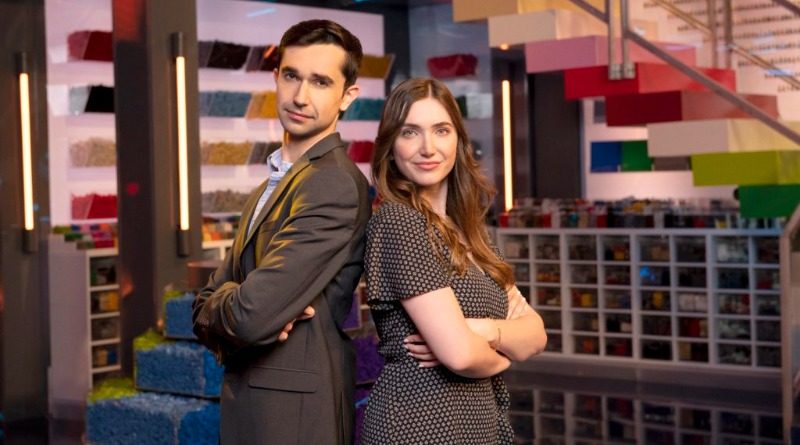 Get to know LEGO MASTERS USA contestants and siblings Bryan and Lauren ahead of the second season’s debut next month.

LEGO MASTERS USA Season 2 is just around the corner, with the first episode airing on Tuesday June 1 at 8pm ET / 9pm PT on FOX. Pairs of builders compete with one another in LEGO building challenges for the chance of winning a $100,000 cash prize, the ultimate LEGO trophy, and the grand title of LEGO MASTERS. Last year, we saw 20 contestants compete but this year two extra pairs are joining the set, adding four more LEGO fans to the fun.

We’ve already seen a quick breakdown of all 24 contestants but now we’ve had the chance to sit down with each of the pairs to find out more about them and their time on the show. First up is Bryan and Lauren.

Was there any sibling rivalry on the show?

Bryan: We get along pretty well, honestly. LEGO prevented us from bickering as kids. It was something that bonded us, so I don’t think you’ll see us screaming at each other too much. If anything, we’re in trouble from smiling at each other, just being way too happy all the time.

Lauren: I learned everything from Bryan, he was an incredible LEGO builder from the time he was like three years old. It’s something that he really wanted to be able to share with me, something that we could do together as siblings, and so he taught me how to make everything. He was there for it all.

Bryan: Every build is totally different, but we had this structure with a lot of builds. We’d find a way where we have an environment and then we have a centrepiece. I’m usually building the centrepiece of the whole thing, like the technical aspect, and Lauren builds these amazing, detailed, lush environments that complement the centrepiece.

Lauren: And then creatively, for our actual story, that’s definitely very collaborative. I love books, Bryan loves movies and we just love storytelling. That’s something we really have fun with, going back and forth.

Bryan: We did quite a few things, actually. We would throw a bunch of bricks out on a table and then we would test each other, saying, “I need two 1x2s and two 1×6 green plates,” and see how fast we could go.

Lauren: We knew we had to be able to communicate really well on set, as you’re running to the pit. We had to make sure that our lingo was on track.

What’s on your LEGO bucketlist?

Lauren: I grew up with LEGO Belville, which is a discontinued line that I absolutely loved. There was a mermaid castle and I remember going to LEGOLAND and going to the LEGO Store and just wanting it. I was obsessed with mermaids, it was the perfect set for me. I never got it to this day.

Bryan: I have one as well, I’m a huge Star Wars LEGO fan, as many people are, but I’ve never got that Darth Maul bust from 1999. I just think it’s the most incredible and crazy thing that the LEGO Group has put out there and I really wish I got it. Now when you look at the prices, it’s insane. So that’s probably the one I missed out on.

What’s your main takeaway from the show?

Bryan: We learned to appreciate the LEGO brick in ways we never thought possible, the strength of the brick, what the brick can withstand, the ways that the brick can interact with other things in the environment. I thought we really got a sense of what LEGO was and how that ABS plastic holds together. It was just incredible to see how we could configure our models so that they could withstand things that we never thought possible.

Do you have any tips for other builders?

Bryan: I think something that’s so important is to build up to what you love. When you have something that personally attaches you to what you’re building, it makes you so much more excited to bring it to life. Another thing that LEGO gives you so many opportunities for is storytelling. There are so many ways you can interact with LEGO, there are unlimited possibilities. That’s going to make people relate to what you’re doing that much more and make people really excited about what you’re bringing to the table, in terms of the stories you want to tell.