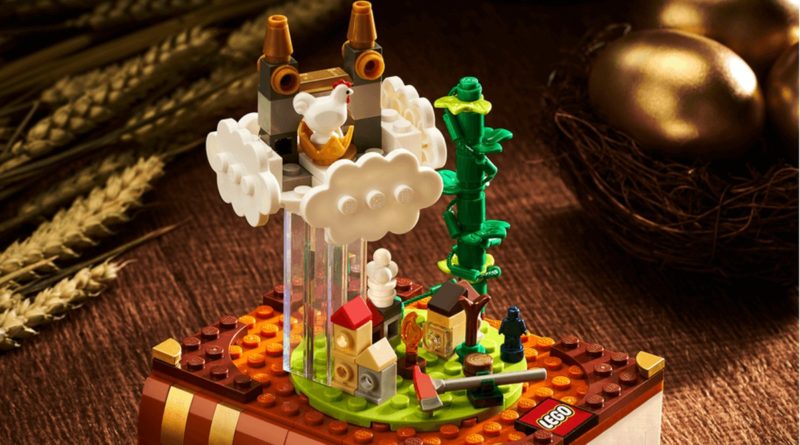 High-quality images for three of the LEGO Bricktober 2021 fairy tale sets have been revealed, showcasing every detail of the microscale models.

As unveiled by a teaser and an Instagram user, official pictures for the trio of exclusive Bricktober sets have been found on the Toys R Us Singapore storefront, with two images each showing exactly what shoppers can expect to find within them.

Whilst these are unlikely to be distributed outside of Asia due to the news of Toys R Us planning a comeback in the US starting next year, those of you in the region can look forward to picking up the three gift-with purchases themed to classic fairy tales soon, with dates and price thresholds now confirmed via the listings.

The Hansel and Gretel model will kick things off, coming free with orders over $69 from September 24 to October 7. Following that will be the build themed to Jack and the Beanstalk from October 8 to 15 and rounding out the 2021 event will be the Little Red Riding Hood set from October 16 to 24.

Each of the creations uses microscale to depict the tales on top of a book, with additional side builds scattered around the cover of the book. The latter model even seems to rotate on a turntable, meaning the house likely has an exterior not yet seen.

The lifestyle images also seem to reveal that the golden corner tiles on the edge of the book’s cover use drum lacquered colouring instead of the pearl gold that features in the Jack and the Beanstalk model for comparison.

One final model initially seen in the teaser is missing from the storefront, so we’ll let you know when images for that appear too.

We’ll let you know if these Bricktober deals make their way to regions outside of Asia this year, but it’s unlikely that they will be officially available elsewhere meaning you’ll need to keep your eyes on the secondary market to add them to your collection.