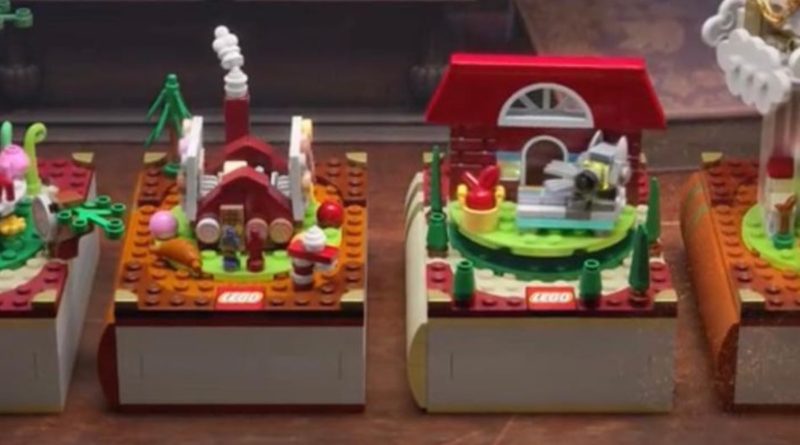 This year’s LEGO Bricktober sets are based on classic fairy tales including Alice in Wonderland, Red Riding Hood and Hansel and Gretel.

Originally teased earlier today by LEGO Japan, the first image of the four Toys R Us-exclusive sets has now been revealed by Brickfinder on Instagram. Each of the vignettes is built on a book, not unlike the Harry Potter Hogwarts Moments, and depicts a different fairy tale at microscale.

The four classic stories recreated in bricks are Alice in Wonderland, Jack and the Beanstalk, Red Riding Hood, and Hansel and Gretel. Bricktober sets were traditionally available around the world at Toys R Us stores, but are now limited to Asia, where the brand still has a strong presence.

Given recent news of Toys R Us making another comeback next year, future Bricktober promotions could well be on the cards for the US, but it’s unlikely that these four sets will see any kind of distribution beyond Asia – just as with last year’s Bricktober models, which were all based on theme park rides.

If you’re reading this from Asia, you should be able to find this year’s Bricktober sets available across October (one per week) as gifts-with-purchase at Toys R Us, based on the terms of last year’s promo. Everyone else will have to turn to the secondary market as and when the fairy tale models appear.