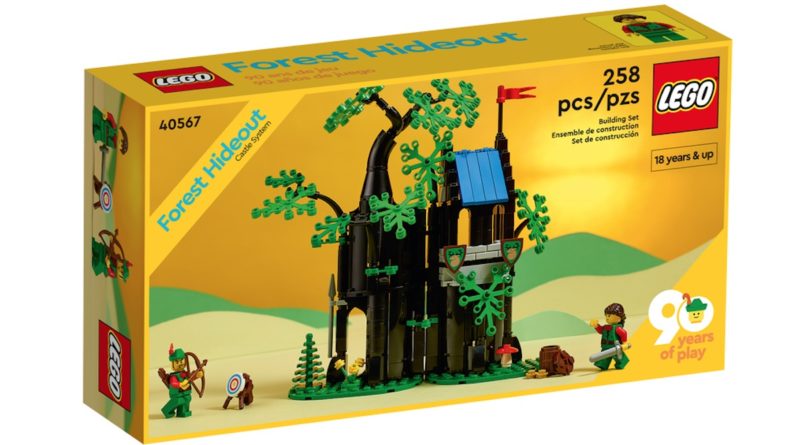 Today is your last chance to grab a number of current GWP sets, including the 90th Anniversary LEGO Castle 40567 Forest Hideout.

You’ll need to move fast if you want to take advantage of the current LEGO gift-with-purchase offers. Three GWP promotions are due to expire today, so customers will need to make their qualifying purchases soon if they don’t want to miss out on some additional bonus sets.

40567 Forest Hideout is still available, with the set celebrating the LEGO Group’s 90th Anniversary and acting as a great companion piece for the upcoming LEGO ICONS 10305 Lion Knights’ Castle. To pick up the promotional gift, you’ll need to spend £150 / $150 / €150 or more on LEGO products.

US customers have slightly longer to take advantage of the latter two offers, with 30327 My First Duck and 30503 Animal Free Builds – Make It Yours available until 30 June. Although 30592 Mini Thunder Raider was also set to be available as a GWP until June 30, it now appears that stock of the LEGO NINJAGO polybag has been depleted.

There’s no word yet from the LEGO Group regarding what the next gift-with-purchase promotions will be, but we’ll have the full details as soon as they’re revealed.