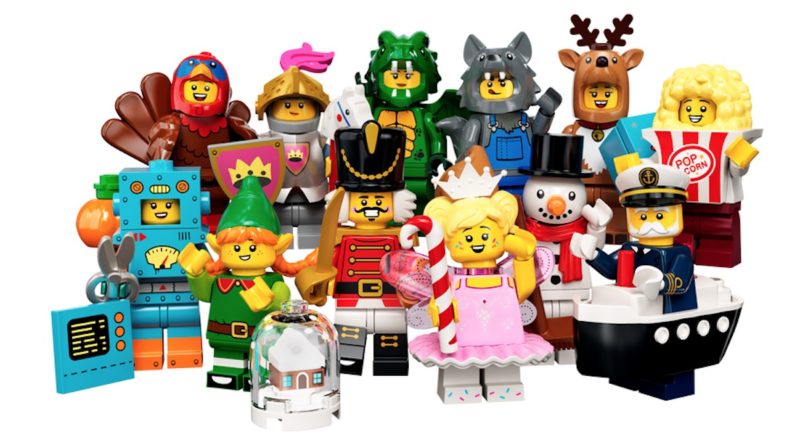 Following an announcement at LEGO CON 2022, images of the LEGO Collectible Minifigures 71034 Series 23 packaging have now been revealed.

Amongst the many exciting reveals at this year’s LEGO CON was the unexpected announcement of the next range of LEGO Collectible Minifigures. Initially teased by the official online store on the day, followed by three characters appearing in the show, the full line-up of 71034 Series 23 was then finally unveiled.

As well as previously revealed close-up looks at Cardboard Robot, Ferry Captain and Reindeer Costume, the official listing on LEGO.com also includes images of the blind bag packaging for 71034 Series 23. This time around the foil packs feature an orange colour scheme, contrasting against the white of 71033 The Muppets.