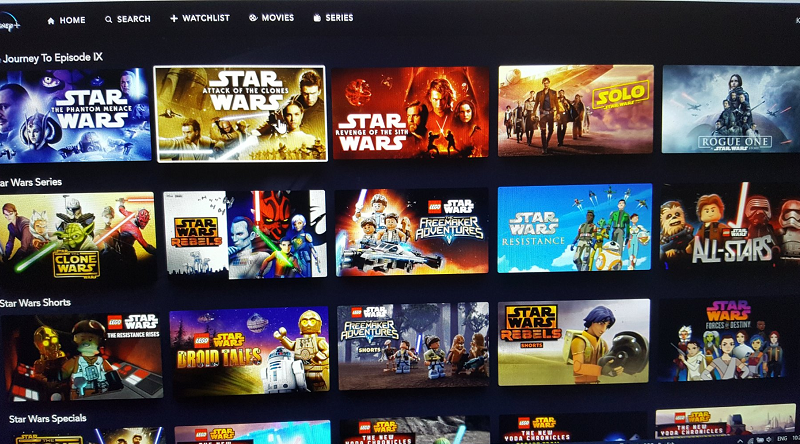 A preview of Disney+ has revealed that a significant amount of the Star Wars content will be LEGO related.

Star Wars fans are keenly anticipating Disney+ launching thanks to original programming like The Mandalorian and additional episodes of The Clone Wars, as well as the promise of the entire Star wars movie back catalogue available in one place. The new streaming service, launching in November, is making the galaxy far, far away a key selling point to consumers.

A preview of the service has revealed though that much of the Star Wars content will be of the LEGO variety, with the screenshot showing LEGO Star Wars All-Stars, The Freemaker Adventures, The Resistance Rises, Droid Tales and The New Yoda Chronicles.

There’s a fair bit of Star Wars available on Disney Plus. ? pic.twitter.com/BYmUQb8kiQ

Notable all of those animated specials and series are from the post-Disney era. It may be that the company does not have the right to stream the early specials and The Yoda Chronicles, as the distribution deal for those was with Cartoon Network.