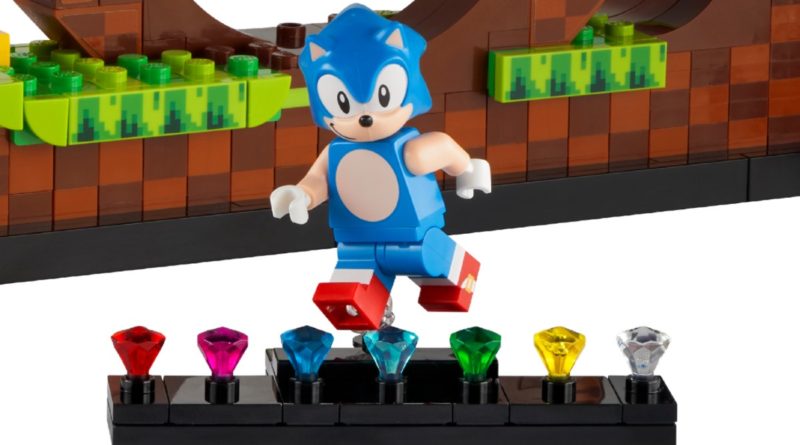 LEGO Ideas 21331 Sonic the Hedgehog Green Hill Zone is a great set, but we’re still trying to solve the mystery of its seven Chaos Emeralds.

As a translation of a video game into a LEGO set, 21331 Sonic the Hedgehog Green Hill Zone is incredibly detailed and accurate, right down to the white straps and gold buckles on the title character’s red shoes. However, there is one small detail that’s a puzzling addition to the otherwise 100% authentic set.

That number has changed over the years with the release of new Sonic games, but the inclusion of a seventh gem in this set raises some interesting possibilities for potential future builds. In Sonic the Hedgehog 2, collecting all seven Chaos Emeralds (and 100 gold rings) would transform players into Super Sonic. This powered-up version of Sonic is bright yellow and the character remains incredibly powerful, as long as players keep collecting gold rings.

Super Sonic also appears in LEGO Dimensions, after the level pack is completed. Players need to fill up a meter on the top of the screen by collecting studs to activate the transformation. It’s possible to remain as Super Sonic, as long as you keep the meter full by picking up gold rings and studs.

Whilst no Super Sonic minifigure has been included in this set, Technic pins on both sides of the build might hint to more potential future sets, depending on the success of 21331 Sonic the Hedgehog Green Hill Zone. If more LEGO Sonic sets do ever see the light of day, a Super Sonic minifigure to accompany the seven Chaos Emeralds would certainly be a welcome addition.